A ruby on your turntable

It’s been clear for a while that vinyl records are making a comeback, and in the musical underground labels are springing up which devote themselves to lavishly produced vinyl editions (sometimes with MP3 downloads included in the price of the vinyl release).

But few records reach the level of aestheticism that recently launched German label Trumpets of Doom aims for. Describing itself as ”a non-profit record label for exclusive vinyls only”, the two releases the label has produced so far have been reissues of records highly regarded in the world of neofolk music. 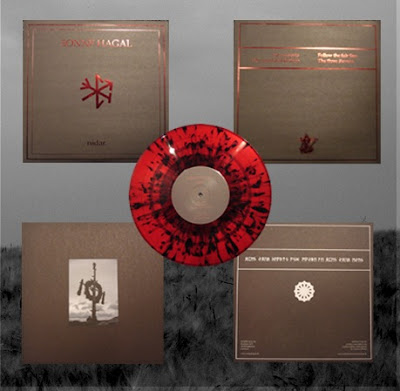 The first release of Trumpets of Doom was Nidar by German group Sonne Hagal, captured on 10 inches of beautiful red marbled vinyl. It’s a bit like sticking a ruby on your turntable, really, and compliments the moody music beautifully. The release even manages to incorporate a "hidden track", something Lord Bassington-Bassington has never experienced on a vinyl record before. 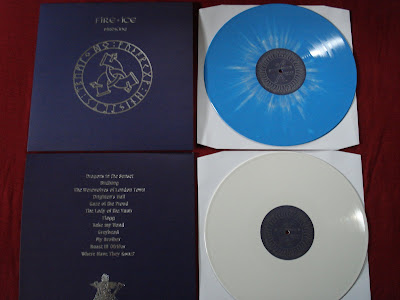 This album, first released in 2000, is a minor neofolk milestone and is where the characteristic musical style of runic mystic Ian Read reaches its apex. The record itself is on beautiful blue of white vinyl, housed in a stunning blue cardboard cover with a matching insert containing the lyrics.