While many people of the Muslim faith harbor prejudices against canines, Lord Bassington-Bassington is on good terms with several upstanding Norwegian Muslims.

By one of these, Shoaib M. Sultan, general secretary of the Islamic Council of Norway and author of an excellent blog (in Norwegian), he was recommended a translation of the Quran by Muhammad Asad.

One reason why Asad’s translation is so good might be his obvious passion for his work.

Muhammad Asad was born Leopold Weiss at the dawn of the 20th century, in Poland. The restless Jew converted to Islam on his journeys as a journalist in the Arabic world, and later became a Pakistani ambassador to the United Nations. Always an outsider, a Jew in Europe, a European in Arabia, and combined with his outstanding penmanship and scholarship this gave him unique insights into the nature of both Islamic and Western civilization.

In this short video this remarkable gentleman expounds on his theory of why desert-dwellers are disposed towards monotheism.

Sadly, Asad’s translation of the Quran is out of print and quite dear (though His Lordship has a birthday coming up in a few months), but luckily the entire text is published on the Internet for easy reference.

Muhammad Asad is also the author of The Road to Mecca. The book is a record of Asad's odyssey into the Arabic world, its mentality and religion, and is a book that deeply touched Lord Bassington-Bassington when His Lordship read it exactly a year ago today. 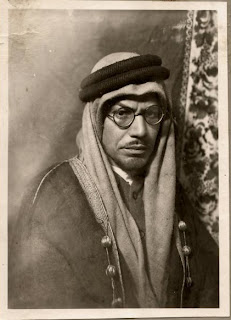 UPDATE: An Austrian film company has produced a documentary about Asad. Lord Bassington-Bassington is really looking forward to seeing it. The trailer can be enjoyed below.