In a Western - and wintry – rose garden 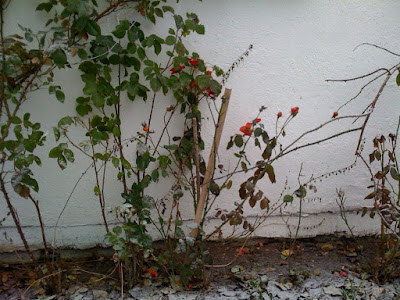 Recently, Lord Bassington-Bassington went back to the house of the mysterious Sufi master to collect the remainder of his library. This is now safely deposited in His Lordship's office, along with this beautiful cupboard emblazoned with a Sufi logo. 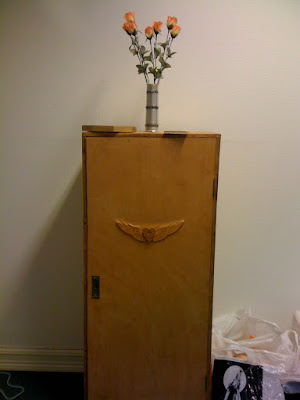 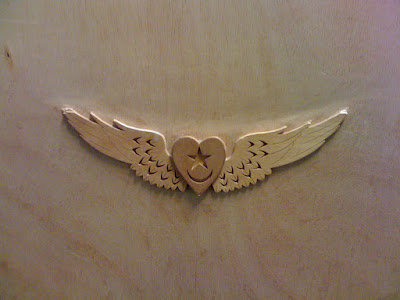 So we felt it would be the right occasion to publish this excerpt from Hazrat Inayat Khan's In an Eastern Rose Garden. This passage really struck a chord with us.

Although it is no exaggeration to say that there are numberless religions in the world. And every religion has so many different sects and churches and chapels that this life is not long enough to study them – indeed it would be impossible even to count them in one lifetime – yet that which should really be studied proves to be something very different, for the thinker perceives that these many different religions have sprung out of one religion. Religion may begin in the East or the West, in the South or the North, yet it will always end in many religions. The more we ponder upon how all can have come from one, the plainer becomes the fact that all are expressions of one religion. And this religion is nature's religion.

The question as to what exactly this religion really is and how one may get to know it, can only be answered by those who have raised themselves beyond the limitations of ceremonial and dogma in which they are always first instructed. But rising above a religion does not mean giving up the religion. It means being fully benefited by the religion. Those who say they have given up their religion are not above it; those alone are above it who have arrived at a full understanding of the spirit of religion. As soon as the spirit of religion has become manifest, then indeed are the eyes blessed. The distinctions and differences of castes and creeds and religions all vanish away in one moment of time.

Once this is perceived, there ceases to be anything to criticize; it is all one what form of worship is to be used, what church is to be attended, what book is to be read. From now on it is seen that there is no such thing as a heretic, no such thing as a heathen, no difference between Kufr and Muslim.


The master's old prayer beads won't be used much, we fear, as Lord Bassington-Bassington isn't much given to prayer. But we hope that we have found a properly respectful resting place, namely on top of a copy of Muhammad Asad's translation of the Quran, a copy of which was kindly presented to us here at the Chronicles by general secretary of the Islamic council of Norway, Shoaib M. Sultan, himself. We are deeply grateful for this, and it has already given us much pleasure. 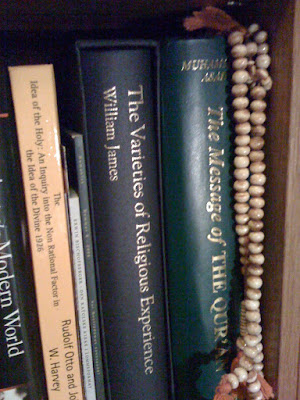