In Praise of Lighthouse Keepers 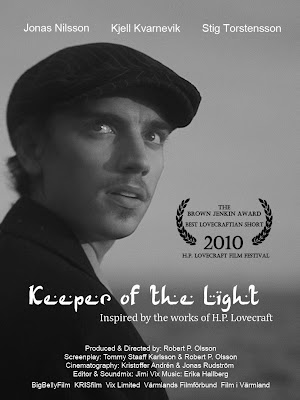 While there's an explosion of Lovecraftian cinema these days, it's not every day that a Scandinavian film inspired by Lovecraft is produced. In fact, the Swedish Fyren produced by Bigbelly Films, is probably the first truly Lovecraftian film in Scandinavian history. And luckily for the non-Scandies out there it has also been given English subtitles and released internationally (in selected webshops anyway) under the title Keeper of the Light. 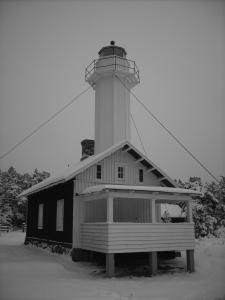 Keeper of the Light is a short film, shot near one of Sweden's great lakes, and like almost all truly interesting Lovecraftian films it’s a decidedly low-budget affair. The trailer should give the prospective viewer some idea of what he (or she) is in for.

While the opening captures that truly elusive Lovecraftian atmosphere.

It would be an exaggeration to say that this is a film without flaws. Moments of Lovecraftian, numinous horror are offset by moments where the budgetary constraints really show. But not only is it very enjoyable (and at times very creepy), it is also a very promising start for Scandinavian Lovecraftian cinema. This film is a treasure for anyone with a Lovecraftian soul.