The dreamer is asleep forever

(We bring this old post back from the vaults to mourn the passing of Peter Christopherson. The picture was stolen from here, please forgive us). 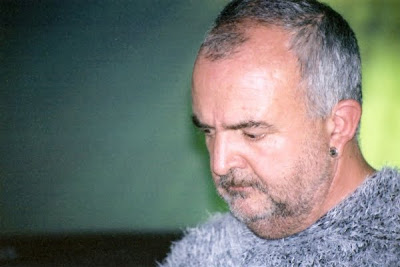 Lord Bassington-Bassington likes the music of Coil. He also likes it when Coil is re-interpreted, visually or musically.

So this intriguing version of one of his favourite Coil songs,
performed by Peter Christopherson, Othon Mataragas, David Tibet and Ernesto Tomasini, could not fail to make an impression. 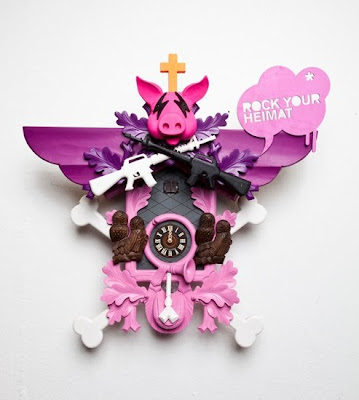 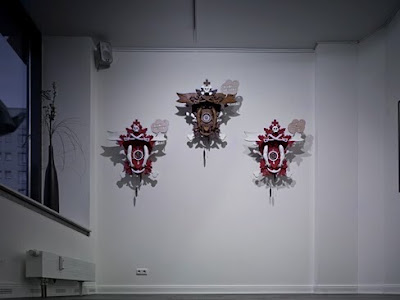 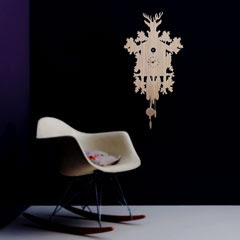 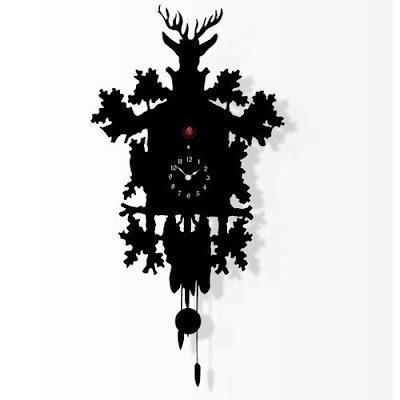 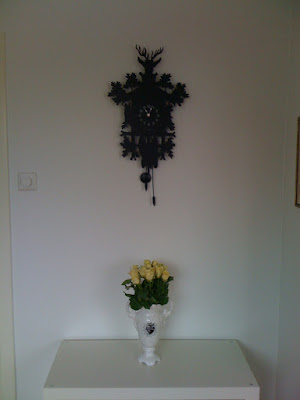 We had a small gathering at the Café Grössenwahn this past Saturday. This event, entitled "The November Men (and Ladies)" was without any concert or big brouhaha, just a bunch of nice people, food and drink. All in all, a perfect way to unwind after a hectic first year of Café Grössenwahn.

And as we're wont to do here at the Chronicles whenever we've been out and about, we'll post the playlist from the night. So here it is.

Perhaps someone would care enough about here at Bassington Manor to knit us another inhabitant? 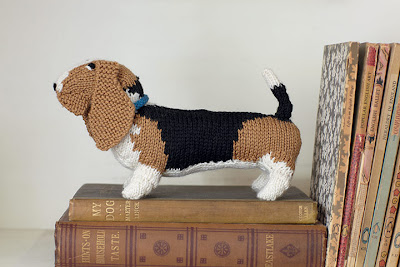 The glass painting of Cthulhu is progressing nicely. To use an understatement. While Lord Bassington-Bassington finds it interesting to get such insights into the working process of a glass artist, His Lordship can hardly wait to see the finished piece. 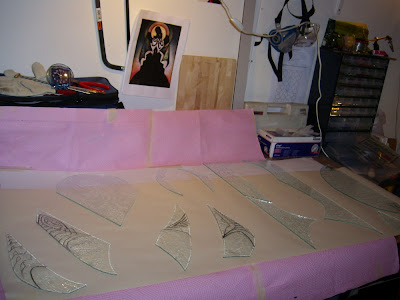 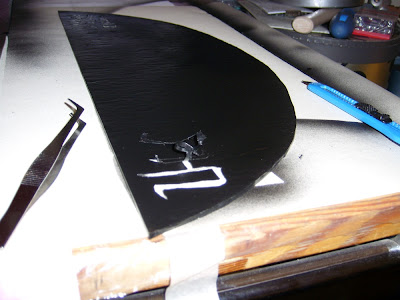 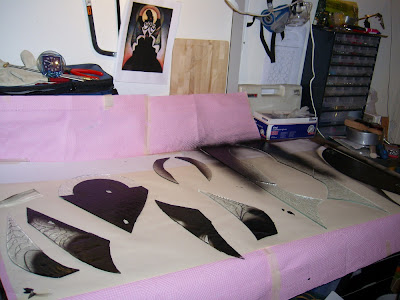 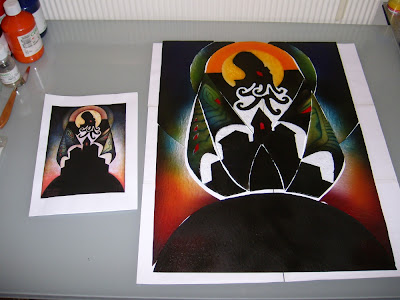 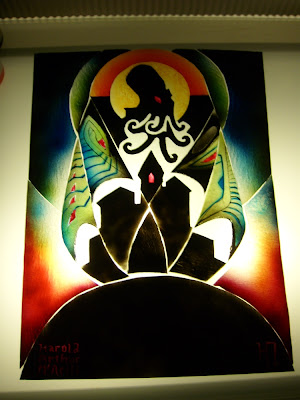 Because one of our favourite artists, Johannes Høie, together with his better half, Filippa Barkman, are having an exhibition right now in Oslo, and because Lord Bassington-Bassington and Lady Mju are seriously considering purchasing one of their works for the walls of Bassington Manor, we had to share these pictures with the readers of the Chronicles. 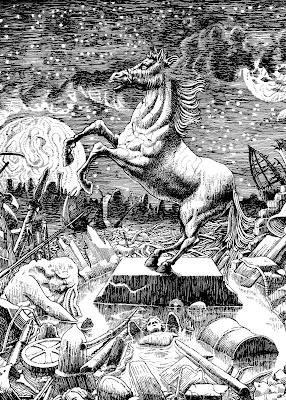 Aghast by Filippa Barkman (and yes, it's named after the band. Miss Barkman does have a lot of interesting references in her work.)
Lagt inn av Lord Bassington-Bassington kl. Tuesday, November 16, 2010 No comments:
Etiketter: artistic achievements, atrocious alliteration 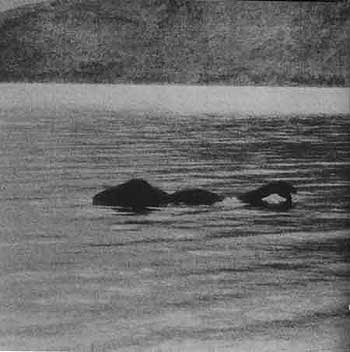 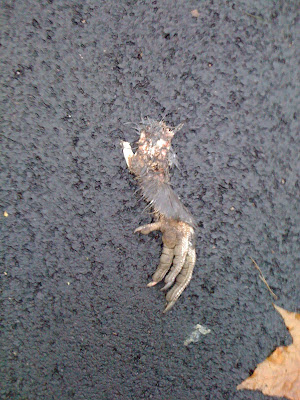 The Creation of Cthulhu

Like all worthwhile projects, the glass painting of Cthulhu commissioned by Lord Bassington-Bassington has taken more time than expected.

We promised our readers that we'd keep them updated on its progress, however, and here we are proud to present some pictures from the workshop of glass artist Jeanne-Sophie Aas.

His Lordship can hardly wait to see the finished work! 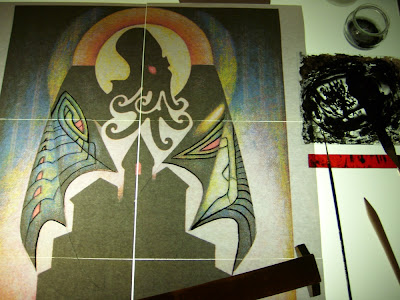 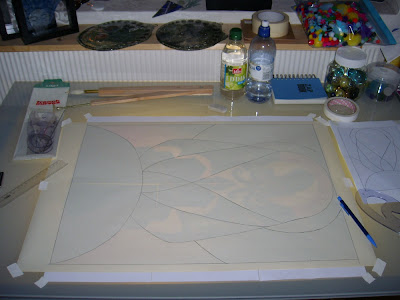 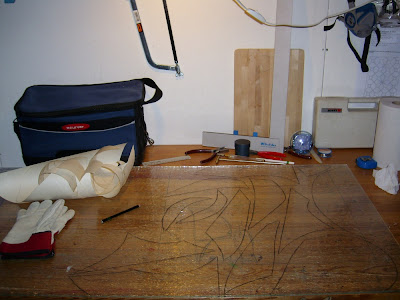 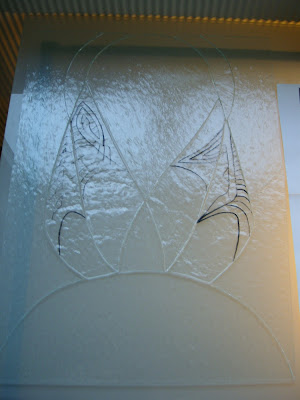 Miss Aas even seems to have offered up a small blood sacrifice to Great Cthulhu while working. While Lord Bassington-Bassington thinks that this shows real spirit, His Lordship also feels sorry for Miss Aas' paws and would like to take her out to dinner when the painting is ready. One should look after up-and-coming artists. 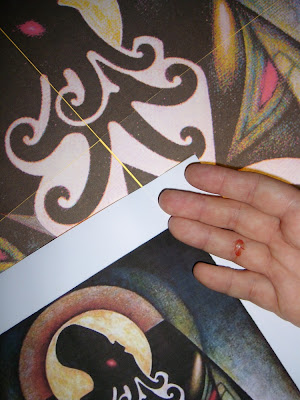 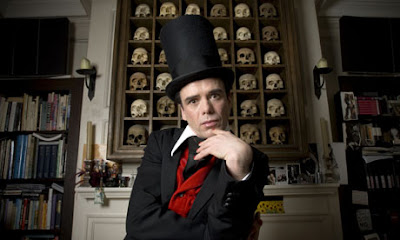 An astute comment from a reader on a previous post here at the Chronicles got Lord Bassington-Bassington thinking more about dandyism.

More precisely, on the enormous difference between the dandy as envisioned by brand-obsessed fashion victims and the vision of that arch-dandy Sebastian Horsley, whom His Lordship had the pleasure of seeing in action when he (Mr. Horsley, that is, not His Lordship) introduced Current 93's concert in London this summer.

These passages are culled from Mr. Horsley's autobiography, Dandy in the Underworld, one of the most interesting autobiographies His Lordship can recall reading. It is essential material for anyone with the slightest interest in dandyism. And anyone else for that matter. For how can anyone resist a chapter with a title like "Mein Camp?"

Mr Brummell was the original and most celebrated dandy but he was no hero of mine. He was so refined that I do not regard him as a dandy at all. I am more concerned with style than breeding. And the key is to dress in such as style that you would attract attention at a Liberace concert.

When it comes to dress, it takes a strong man to be an extrovert. A true dandy needs complete conviction that he is right; the views of the rest of the world simply don’t matter. ’If someone looks at you, you are not well dressed,’ Mr Brummell tells us. But then Mr Brummel would say that; prissily precise, he was essentially a conformist. True dandyism is rebellious. The real dandy wants to make people look, be shocked by, and even a little scared by the subversion which his clothes stand for.

And yet, dandyism is social, human and intellectual. It is not a suit of clothes walking about by itself. Clothes are merely a part – they may even be the least important part of the personality of the dandy. Dandyism isn’t image encrusted with flourishes. It’s a way of stripping yourself to your true self. You can only judge the style by the content and you can only reach the content through the style.

Being a dandy is a condition rather than a profession. It is a defence against suffering and a celebration of life. It is not fashion, it is not wealth, it is not beauty. It is a shield and a sword and a crown – all pulled out of the dressing up box in the attic of the imagination. Dandyism is a lie which reveals the truth and the truth is that we are who we pretend to be.

Rest in peace, Mr. Horsley. It feels good to know that you suceeded in defining dandyism to such a degree that there's little point in us lesser mortals even trying. 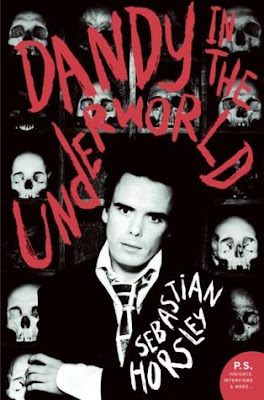