The rumours have been circulating for a while now, so Lord Bassington-Bassington would once again like to put the record straight: His Lordship is not planning a pop career under the name Lord Baba.

The following picture, produced by notorious Internet busybody Sara Dee, has been circulated as proof of these outrageous claims. But come on! Obviously the picture looks nothing like Lord Bassington-Bassington. The ears are... And the 'tache. And...

Well, alright. It is the spitting image of His Lordship. But jumping Jehosephat, it's still not him! 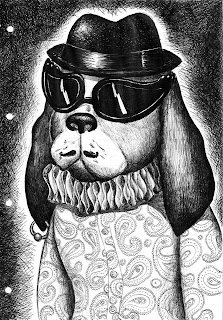 Rite at the end ov summer 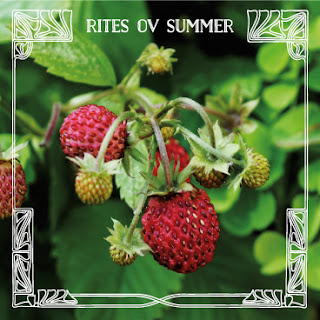 Being a bit "old school" (preferably one of those schools with plenty of ivy on the walls) Lord Bassington-Bassington never quite got into the downloading thing. Streaming is fine for when one doesn't have access to one's vinyl collection, but His Lordship still has problems relating to music he can't hold in his paw in some way. There is a reassurance in actual physical objects; like anchors in a time of flux.

There's also the moral issue. Downloading may not be killing music, but it has certainly contributed to making it harder to live off it. And services such as Spotify, while legal, pay a pittance to the artists.

But hey, all of this might be an elaborate argument to distract from the fact that Lord Bassington-Bassington is one of those slightly hopeless collectors who desperately need justification for their disease.

So perhaps His Lordship should be happy that his favourite recent release is only available in electronic format. The Rites of Summer is a compilation, a collaboration between two of His Lordship's favourite neofolk acts, Swedish sensation Solblot and Alpine ascendants Jännerwein (who have already created a charming video for their contribution) and sundry satellite acts. All paying tribute to the summer by playing some spiffing tunes.

Well, there's little point in elaborating further. You get the point – that Lord Bassington-Bassington thinks this is swell. So in short, if you're only going to download one Swedo-Austrian conceptual neofolk compilation this summer, this should be it.