The Heretical Cellar goes to space

in a Haunebu II, and might stop by to help build some pyramids. 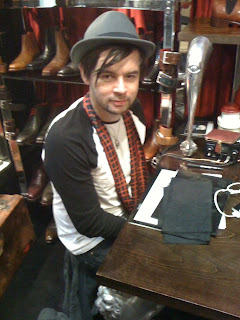 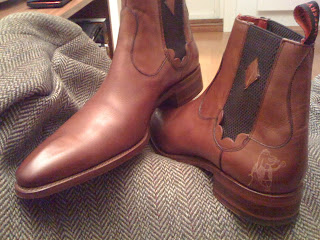 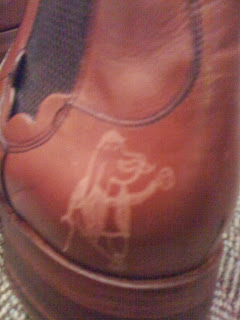 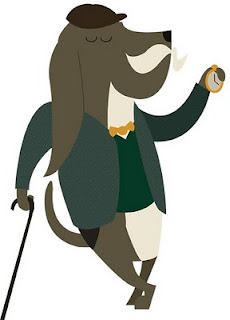 Panic on the streets of London! Somewhere in the Putney area, south of the Thames and close to several excellent tweed outfitters, little Fritzi is lost. We hope he is doing okay. 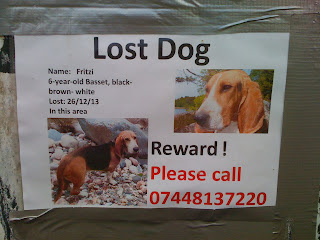 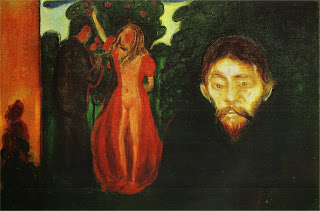 (Przybyszewski used as a model by his friend, Norwegian symbolist painter Edward Munch)

Malört forlag, one of Scandinavia's coolest small presses and probably the world's best dressed publisher, has released records before. But this time they've come up with the splendid idea of issuing a little seven inch on vinyl, which instantly endears them even more to Lord Bassington-Bassington's heart.

The release is intended as a companion disc to an upcoming release of a selection of works by Polish decadent writer Stanislaw Przybyszewski, known for his occult proclivities. Indeed, according to scholar Per Faxneld Przybyszewski might be the first person in history to construct a coherent philosophy around Lucifer as a positive symbol. So no wonder that they describe his novel Satans Kinder (a true European, Przybyszewski wrote in both Polish and German) as a "Satanic Anarchist novel". How can one resist?! 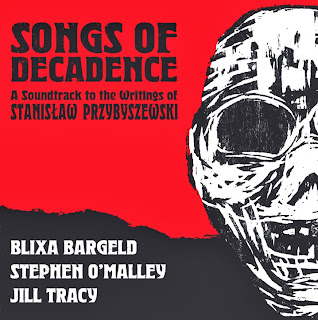 And the book wouldn't be complete without this little seven inch. It contains contributions by three very interesting artists, namely Blixa Bargeld (known for his work with The Bad Seeds and Einstürzende Neubauten), drone metal maestro Stephen O'Malley (Sunn O)))) and Jill Tracy, who each deliver a specially written track. And of course this little gem is strictly limited.

Matching colours can be difficult, especially when one is, like Lord Bassington-Bassington, a bit colour-blind (even if canines can see colours). One must simply accept what assistance one can get.

So imagine Lord Bassington-Bassington's joy when His Lordship encountered this charming young chap at the airport in Bergen. Apparently, the young chocolate lab was very taken with the Jeffery-West brogues with contrast lacings. Not only was it a perfect match, the little chap was also very keen on helping with shoe cleaning. 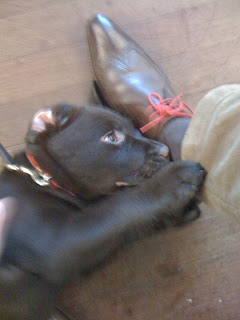 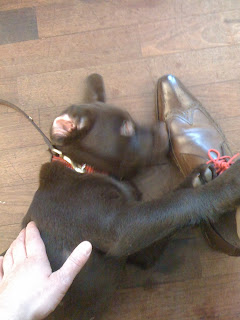 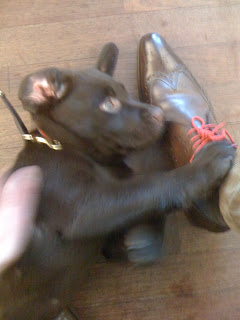 Sorry for the bad pictures, but it is a bit hard to both photograph a puppy who catches the exquisite scent of finer footwear and keep it from chewing it at the same time.
Lagt inn av Lord Bassington-Bassington kl. Monday, February 03, 2014 No comments:
Etiketter: atrocious alliteration, bassetological illuminations, style counsel
Newer Posts Older Posts Home
Subscribe to: Posts (Atom)