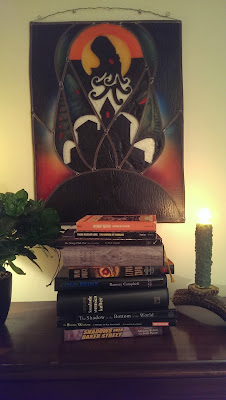 
H.P. Lovecraft hasn’t only become a cornerstone of horror fiction, he also more or less created his own, instantly recognizable subgenre: one full of scholars hovering on the edge of sanity and hidden cults worshipping ancient beings in far-away places.

So it shouldn’t be surprising that it seems to have become a rite of passage for horror writers to try their hand at penning a story or ten in his style or set in his universe. This has been going on since Lovecraft’s own time, but has escalated in recent years because the lapse of copyright (70 years after Lovecraft’s death in 1937) means that anyone can use the Gentleman of Providence’s material and themes with impunity.

The resulting deluge of Lovecraftiana gives Lord Bassington-Bassington mixed feelings. For as anyone with even the most superficial acquaintance with genre literature will have figured out already, much of it is little value: Uninspired re-tellings of Lovecraft stories done by people who couldn’t write to save their sanity. His Lordship tries to resist buying and reading it all, fearful that all the crap imitations will kill his taste for the real thing, in the same way that watching one too many Elvis impersonators might turn you off The King for good. But as his bookshelves attest he hasn’t really succeeded in conquering his compulsion to buy and read pretty much everything Lovecraft-related.

So is it worth it? Yes. Not only because derivative trash can be fun to read too, but also because sometimes his Lordship comes across material that is superb, reminding one of why he found this stuff appealing in the first place.

A long while ago, Lord Bassington-Bassington was issued a literary challenge by his better three-quarters, Lady Mju: To produce a list of the ten most readable Lovecraftian stories not written by Lovecraft. The challenge was accepted, but like most things here at the Chronicles it took a looooong time.

His Lordship would like to defend himself by pointing to the sheer amount of reading necessary to complete this task, but that’s really dogwash. The real reason for the slowness is that Basset hounds are best at sleeping on the sofa. 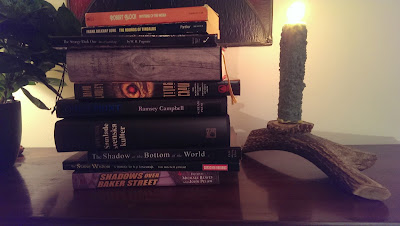 But anyway, here it is: Lord Bassington-Bassington’s ten favourite Lovecraftian stories written by someone other than ol’ Grandpa Theobald himself. This is not to be taken as some sort of attempt at some sort of Lovecraftian canon, they are merely some of His Lordship’s personal favourites. The stories are also not presented in any particular order.

1. “A study in emerald”
By Neil Gaiman

Neil Gaiman pays homage to Sherlock Holmes and the Great Old Ones at the same time by creating a Victorian world where the Cthulhu and his compatriots have successfully conquered the world. The result is fantastic, and a lot of fun. Does humour belong in Lovecraftiana? Neil Gaiman certainly seems to think so, and it’s hard to disagree with him.

It’s hardly surprising that the best attempts at writing Lovecraftian tales come from people who knew how to write already, and Bloch (best know for the Hitchcock-adapted Psycho) sure knew his way around a typewriter.

Robert Bloch has actually written a lot of Lovecraftiana, and this is perhaps not even the one that contributes the most to Lovecraft’s Mythos. But it is a favourite of Lord Bassington-Bassington’s: A quite straightforward, sometimes a bit silly but nevertheless terribly effective, thriller. One of few stories His Lordship has read which actually made his pulse race even if he was lying down – and had read the story several times before.

No such list would be complete without “Captain Pugmarsh”, the world’s leading Lovecraftian gay punk Mormon. Not content with penning the occasional Lovecraftian tale, Pugmire writes Lovecraftiana full-time. In the process he has created his own Lovecraftian setting, Sequa Valley in the Pacific Northwest. The results definitetely transcend the normal fan fiction, darkly decadent and dream-like.

This is His Lordship’s favourite Pugmire story, not least because it revolves around a bookshop. More stories should revolve around bookshops. Perhaps all of them.

Like W.H. Pugmire, Campbell has created his own locales, around the river Severn in eastern England, and produced a cycle of Lovecraftian stories set there. As Campbell himself readily admits most of those are pretty run-of-the-mill (some of them are juvenile works), but “The Faces at Pine Dunes” is something else.

Campbell’s clever use of British mythology creates a coming of age-story that manages to use classic Lovecraftian motifs while still having a totally fresh feeling.

It seems astounding to think that a Nobel Prize laureate actually penned a story dedicated to H.P. Lovecraft, but then Borges was possibly the coolest writer who ever lived.

This is very minimalistic and clever re-working of some key Lovecraftian themes. And even if Borges himself seems to have been a bit ambivalent about the story, it is probably worth about a dozen of those anthologies of Lovecraftiana being churned out these days. 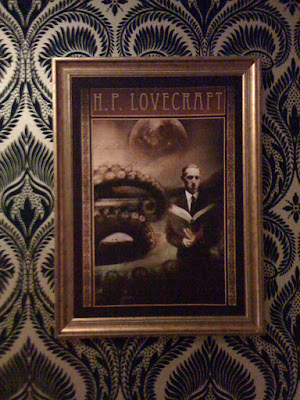 The wall here at Bassington Manor.

Alan Moore is one of the most important people working in comics (or “graphic novels” as pretentious types would have you call them) but this is a normal black letters on white background-based short story. And a pretty superb one, dealing with punky cults and linguistic horrors.

True to Mr. Moore’s day job “The Courtyard” has been adapted as a comic, and forms the first part of Neonomicon. It’s not bad at all, but one should probably skip the second part, which descends into the usual trap of sex and monsters which often afflicts attempts to make Lovecraft more “contemporary” and “cutting edge”.

As for Lord Bassington-Bassington’s grumblings about disgusting human copulation in the entry above, there are no rules without exceptions. Fager’s use of sexual elements works like a charm. Or perhaps a curse. And speaking of curses, Fager’s international recognition is bound to be hampered by the fact that his stories are only available in Swedish. International publishers take note.

While Ligotti is mostly (in)famous for his nihilistic “corporate horror” stories, his Lovecraftian works are among the best ever produced. “The Last Feast of Harlequin” might not even be the best of the bunch, but as it is essentially a deft re-telling of Lovecraft’s “The Festival” (which again is a re-telling of Arthur Machen’s “The Happy Children”) it instantly found its place in His Lordship’s heart.

9. “The Burrowers Beneath”
Brian Lumley

Lord Bassington-Bassington has an ambivalent relationship with Brian Lumley’s Lovecraftian stories, which tends to be depressingly derivative when he tries to stay true to Lovecraft. Lumley is more enjoyable when he writes about his supernatural investigator Titus Crow, a sort of occult Sherlock Holmes, and just does what he pleases to the Lovecraft mythos – sometimes making an awful mess of things.

This is a bit long for a short story, which is why the excerpt “Cement Surroundings” tends to appear in anthologies (also because its faux-Lovecraftian tone fits in better) but this is shameless, pulpy fun.

Frank Belknap Long’s little tale of time-travelling perfectly encapsulates H.P. Lovecraft’s concept of “cosmic horror”. All in all, this is a superb Lovecraftian story. All it needs to achieve perfection is a more accurate description of the Hounds. You know, something about the ears and jowls and such. Come on, that’s not too much to ask is it? 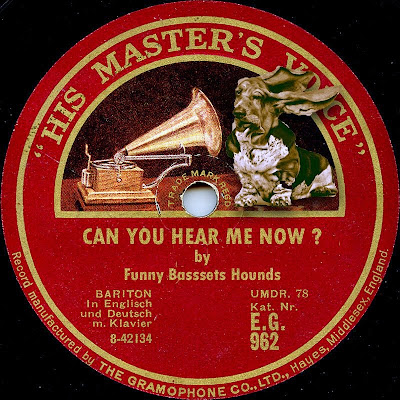 Lord Bassington-Bassington's musings on tattoos seem to have had consequences. On the body of one of Norway's finest, no less. For surely what we're seeing here is a reader of the Chronicles? 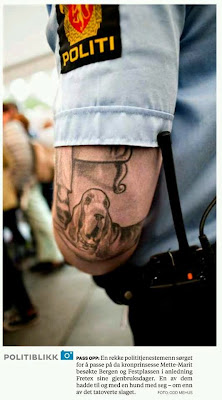 Here at Bassington Manor, though, the canine part of the household hasn't had much progress on the body art front. Despite having even gone so far as commissioning designs for a tattoo, it seems like His Lordship will stick to adornments on his footwear for the present.
Lagt inn av Lord Bassington-Bassington kl. Wednesday, September 10, 2014 No comments:
Etiketter: artistic achievements, atrocious alliteration, bassetological illuminations 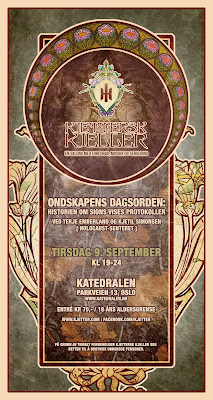 More heresy coming soon to a cellar near you. If you live in Oslo, that is. 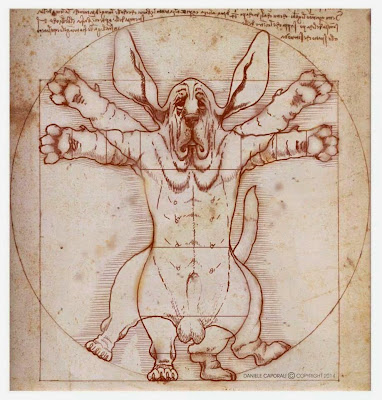 Surely more elegant than the human version, or what?