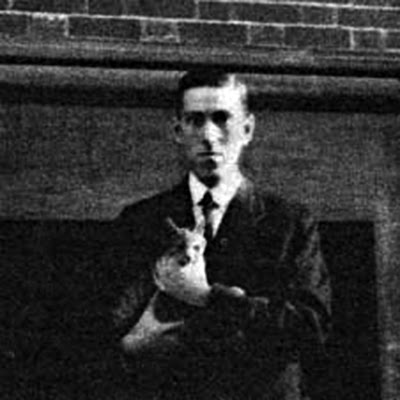 With catnip deck the temple doors,
And to the gods a fat mouse offer--
Tonight our annual praise outpours
In pious purrs that mock the scoffer.

Let not a claw disturb the bliss,
let not a back in scorn be vaulted,
Lives there a cat with skeptic hiss
Or meow for worship so exalted?

The Gentleman of Providence was, of course known for his fondness for felines, and the poem above was found in this delightful little pamphlet. 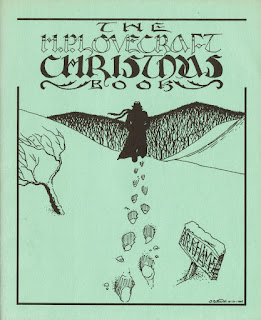 And what better soundtrack to accompany the reading than the cosmic sounds from the feline companion of ambient maestro Pär Boström?

Because Lord Bassington-Bassington's Myrninerest records arrived in the mail today. And because His Lordship likes to hang around ancient cultic spots, and has a real thing for stone circles. 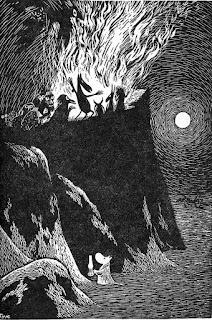 ‘Would you like to hear the story about Too-ticky who made a great winter bonfire?’
‘By all means,’ replied Moomintroll, good-naturedly.
And Too-ticky started at once to stamp around slowly in the snow, while she sang as follows:

Here come the dumb,
The lonely and the rum,
The wild and quiet.
Thud goes the drum.

Crackle goes the bonfire
Glowing in the white snow,
Swish go the tails,
Swinging through the light snow.
Thud goes the drumming
In the black, black night.

‘I’ve got enough of your snow and night,’ cried the Moomintroll. ‘No, I won’t hear the refrain. I’m cold! I’m lonely! I want the sun back again!’
‘But that’s exactly why we burn up the great winter bonfire tonight,’ said Too-ticky. ‘You’ll get your sun back tomorrow.’
‘My sun,’ repeated Moomintroll in a trembling voice. 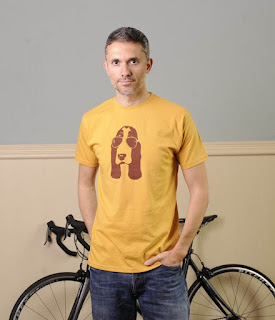 Let's face it, sometimes undershirts are not only practical, but necessary. And the shirt above has been one of Lord Bassington-Bassington's favourite garments for leisurely activity since it was purchased on a trip to Brighton a while back. So in a fit of inspiration, His Lordship started looking for more basset-themed undershirts. 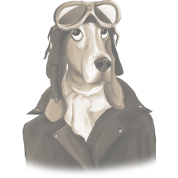 This design has an obvious appeal, based on none other than the "Red Baron" von Richthofen. 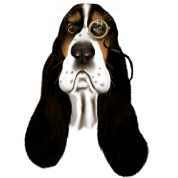 This design should need no further comment. After all, it contains a monocle!

But one thing easily leads to another. After all, Lord Bassington-Bassington isn't that fond of wearing undershirts in public, so a quick Google search brought the item below to light. 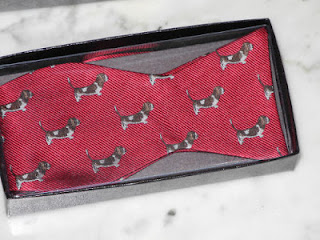 A rather rude Christmas carol

Because Mr. B Gentleman Rhymer just keeps on getting better. And ruder. 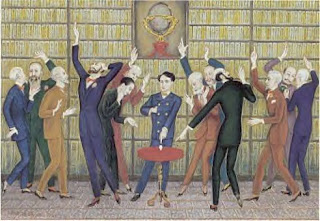 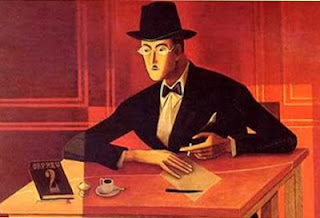 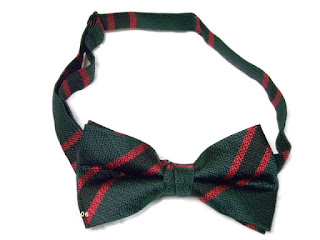 Is this an insult, implying that you would stoop to wearing a pre-tied bow (What next? clip-on ties? Velcro brogues?!) or is it a compliment, an acknowledgment that you are now some sort of black belt in bow tying, so adept that you have to make an effort to get the bow slightly askew?
Lagt inn av Lord Bassington-Bassington kl. Saturday, December 15, 2012 No comments:
Etiketter: atrocious alliteration, religious reflections, style counsel 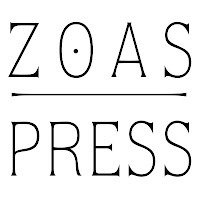 It's a always nice when one's friends start some sort of exciting project. And when it is in a field dear to the heart of Lord Bassington-Bassington, such as small press publishing, it is especially thrilling.

So His Lordship would like to help, in whatever small way, promote the new publishing venture of his dear friends that he just likes to refer to as the Somersetians. 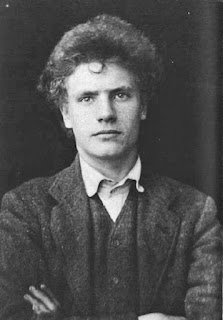 
Based in England (but recently moved away from Somerset), ZOAS Press specializes in Polish-language editions of rare, esoteric books. So far, ZOAS has produced one title by artist Austin Osman Spare, a towering figure in modern magic(k) and occulture, and one by the considerably more obscure occult poet Boleslaw Wójcicki. The books are truly amazing to behold, real works of art and passion. 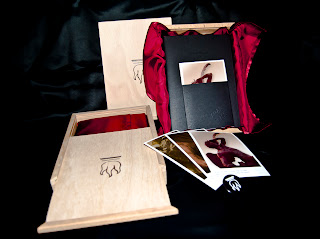 If you can read Polish, or if you area collector of the esoteric or just appreciate beautiful books, you owe it to yourself to cruise by their website. 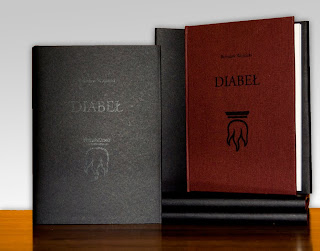 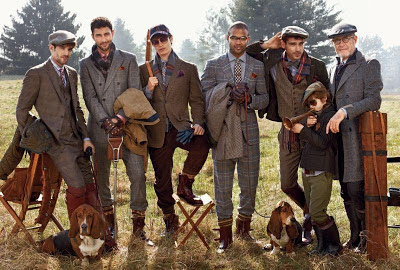 Despite Lord Bassington-Bassington's skepticism regarding big international fashion houses, His Lordship has to admit that these adverts from Tommy Hilfiger feature some stunning looks. What textures! What colour combinations! What flair! 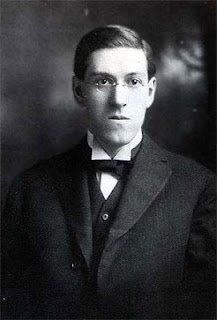 "I should describe mine own nature as tripartite, my interests consisting of three parallel and dissociated groups – (a) Love of the strange and the fantastic. (b) Love of abstract truth and of scientific logic. (c) Love of the ancient and permanent. Sundry combination of these three strains will probably account for all my odd tastes and eccentricities".

Lord Bassington-Bassington needs to learn to dress down now and then. Because you know you're in trouble when you move in circles where t-shirts, jeans and hoodies are worn for most occasions, and your own idea about casual dress is to use pocket hankies, ties and bows of cotton or wool...

Well, let's face it, His Lordship will never quite fit into the modern world. But he found these pictures from Drake's Fall/Winter 2012 lookbook to be particularly inspiring. 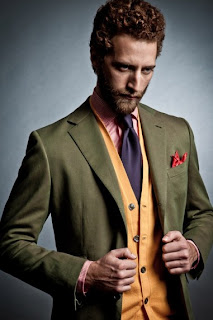 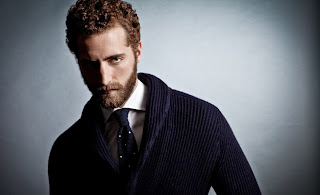 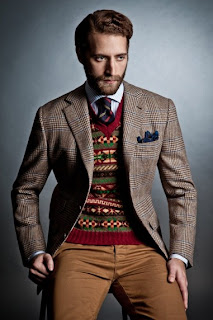