Even here in the cold North, there comes a time to hang away one's tweed suits and jackets for the summer. But just as Lord Bassington-Bassington had gotten used to the thought of not wearing tweed for a while, tweed season is upon us again.

For on June 18th, the O.G. (Original Gentleman) himself, Mr. B the Gentleman Rhymer, releases his third album. Entitled, fittingly, The Tweed Album. 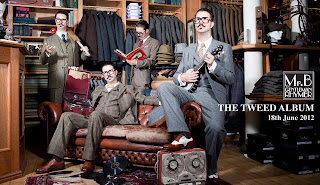 And while on the subject of essential chap-hop news, Mr. B has recently issued a club tie. 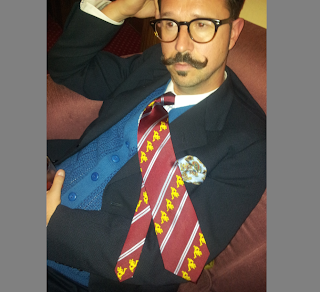 Not only do these ties look very snappy, the quality is also quite remarkable. And rumours reveal that his chapness is also considering making bow ties!

And while on the subject, His Lordship heartily recommends Mr. B's online mixes. 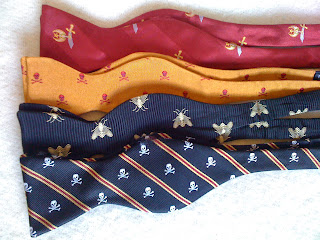 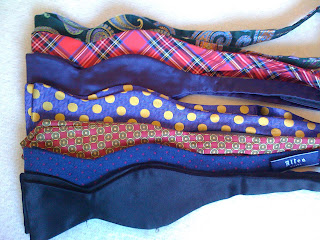 A doctor who makes house calls

Lord Bassington-Bassington has had some health complaints this winter, and has spent more time slouching on the couch than is usual even for one as monumentally lazy as His Lordship. Luckily, even in these days of social decline, there is still a doctor who makes house calls.

"Doctor who?" you might ask. And Lord Bassington-Bassington's reply would be "exactly!" Except, of course, that it would sound more like "ahroooooh!"

Not only does the good Doctor make one's health and humour improve considerably, he also provides indispensable advice on both how to keep one's neck stylish...

Now, if the good Doctor could just get a canine companion (albeit robotic) with longer ears, he would be well on the way to perfection.

As Ornette Coleman once remarked, ”when you like music, you like a lot of music”. And such is certainly the case with Lord Bassington-Bassington. The record collection here at Bassington Manor is of such a variety that it is bound to have some of your favourite music, and things that you will consider sonic horrors beyond imagining.

In many ways, Lord Bassington-Bassington's life revolves around music. Music serves as inspiration for success and comfort in failure, repositories for memories and emotions. In short, one of those things that make life worth living.

As many who have this obsession with music, Lord Bassington-Bassington prefers to own physical copies of music, and for the last few years that has meant vinyl. CDs are practical carriers of sounds, and can sometimes be nice objects in their own right, but vinyls are cult objects – fetishes, if you will. And as such very covetable – and collectible. 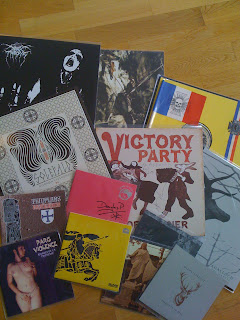 Watching the documentary Blood, Sweat and Vinyl the other day sparked a moment's self-reflection in the long-eared Lord.

Vinyl looks great, sounds great, and is fun to collect. As a result of this one easily obtains quite a bit of it. In the picture above can be seen a selection of His Lordship's recent aquisitions, and below a small slice of the huge collection of some of the finest music ever made, bestowed by the elder Bassington-Bassington onto his offspring. All in all there's quite a lot to listen to, and let's not even mention the whole wall covered with CDs. Or the cassettes. 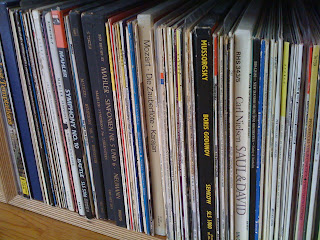 So yes, even if one isn’t a completist, collecting can get out of hand. But even if Lord Bassington-Bassington does spend a bit of his time stalking record shops and various online vendors, His Lordship is luckily not as seriously afflicted as the people one can meet in the film simply entitled Vinyl.