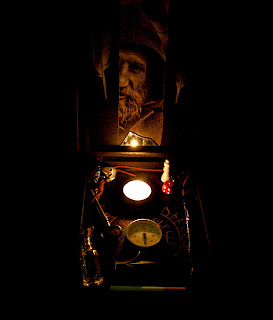 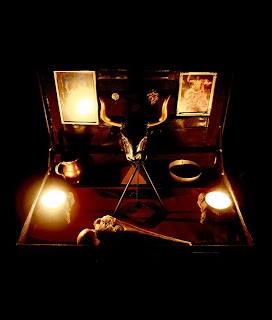 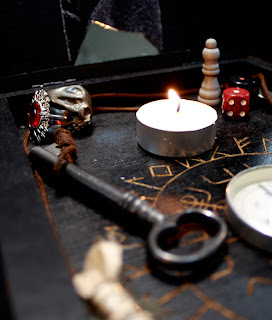 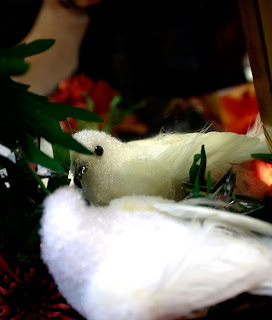 A craving for cravats

Tomorrow is cravat day in Croatia. And if you wonder why the country has a day dedicated to a piece of neckwear, it helps to know that the very word "cravat" is developed from Croat. Indeed, the custom of tying a piece of stylish cloth around one's neck spread around Europe after Croatian mercenaries were seen sporting some very stylish neckpieces. 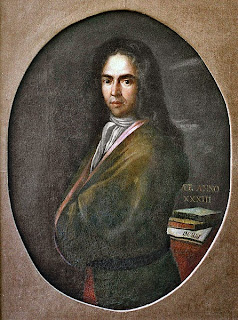 The oldest known depiction of a cravat. Naturally, sported by a Croatian.

As such, the question isn't why Croatia has a cravat day, but why the rest of Europe doesn't celebrate this excellent piece of neckwear as well. Lord Bassington-Bassington is certainly planning to get in on the action.

But what of the cravat today? Here in Norway, the cravat has long been associated with certain insufferable upper-class types, eminently parodied by legendary comedian Trond Kirkvaag. Unfortunately, this clip only seems to be available in Norwegian, but even non-Weegies should get the point.

In many ways, the cravat has fallen from favour, a sad fact that is also reflected in contemporary style books. While perusing a rather entertaining tome known as The Chic Geek's Fashion, Grooming and Style Guide for Men, Lord Bassington-Bassington came across the following passage:

Cravats. This is a difficult one. Because the tie has become so much smaller, the big voluptuous cravat looks wrong at the moment. If you can find a way of making the cravat seem casual - and this will depend on the fabric and pattern - then try it but generally one to avoid.

Well, with His Lordship being the natural contrarian that he is, it wasn't hard to predict what would happen next.

For if there's one thing that punk rock should have taught us, it is that when dressing in the morning, one's ability to annoy boring conformists should definitely be a factor. And as today's boring conformists are people who wear jeans and t-shirts and think they are rock'n’roll rebels, or wear suits because they have to but skip the ties because they think that shows individuality, cravats are the new bondage collars. 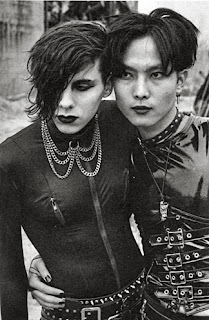 Oh bondage up yours!

So it shouldn’t surprise anyone that Lord Bassington-Bassington has amassed a small collection of cravats. And what would be the use of having one's own private Chronicles if one can't inflict one's peccadilloes on the world? 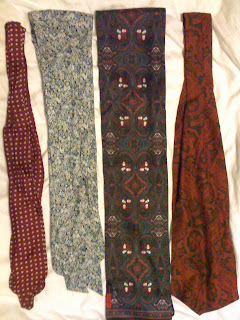 His Lordship’s cravats are, from left to right, a vintage item bought at a flea market in Lisbon, a summery cravat from Holland Esquire, a skull and paisley-patterned loveliness from Jeffery West and a nice and heavy number from New & Lingwood that is great for the current season.

Lord Bassington-Bassington's most recent acquisition on the cravat front was a vintage piece from legendary manufacturer Tootal, bought from eBay. And here modelled by the lovely Balbina Basseti, who hereby makes her debut on the fashion scene. 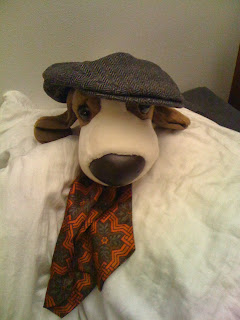 So cravat up! You know you want to. Unless you don’t. Which is also fine. Sort of.
Lagt inn av Lord Bassington-Bassington kl. Thursday, October 17, 2013 1 comment:
Etiketter: atrocious alliteration, bassetological illuminations, style counsel

Because neofolk concerts can be a great choice for a civilized night out, and because concerts by In Gowan Ring has become something of a yearly tradition in these parts, here are some pictures from Sangre de Muerdago
and In Gowan Ring's performance in Oslo yesterday. Thanks to The Light Thief for snapping. 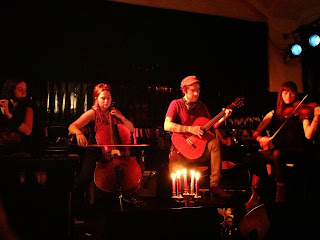 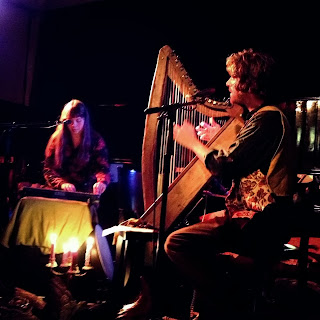 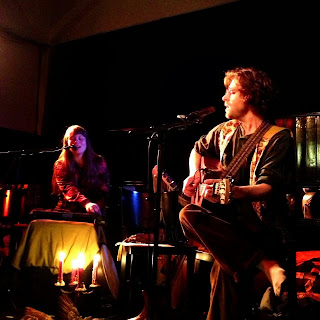 And here's a picture of Sangre de Muerdago from last Saturday, playing at the punk squat Blitz in Oslo. 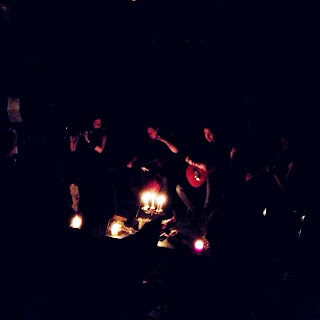 Yes, Lord Bassington-Bassington has a long-standing interest in various street style cults such as skinheads and suedeheads. It has even escalated to the point where His Lordship commissioned artworks inspired by those cults.

And as Lord Bassington-Bassington is still a bit high after Cock Sparrer's recent concert in Oslo, here's a few more or less random pictures stolen from the Internet to pay tribute to some of the greatest style cults ever. 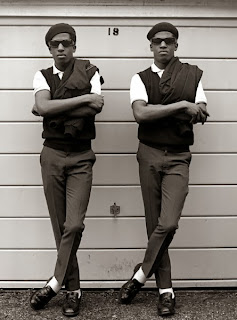 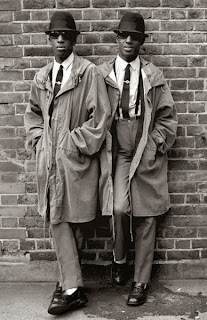 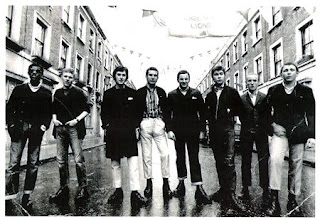 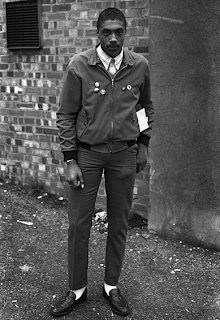 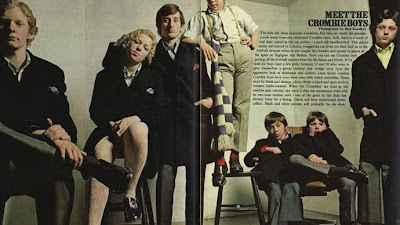