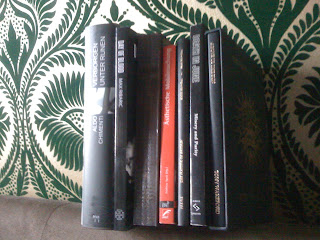 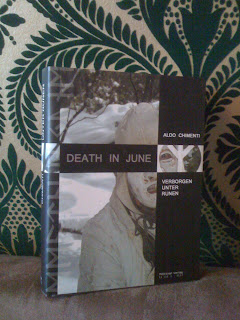 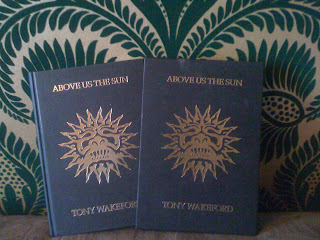 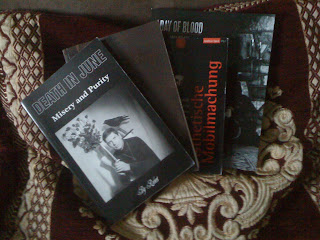 But we advise you to not crack jokes about His Lordship's own obsessive tendencies. For anyone intimating that the bookshelves here at Bassington Manor have a few too many tomes of Lovecraftiana or titles about style might end up getting a taste of Lord Bassington-Bassington's jaws.
Lagt inn av Lord Bassington-Bassington kl. Saturday, March 23, 2013
Etiketter: atrocious alliteration, musical musings, terrific tomes