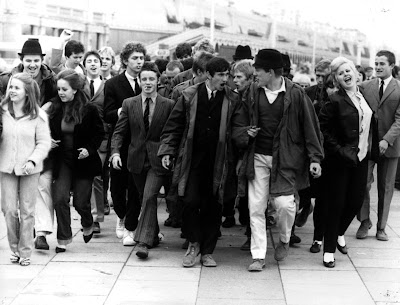 Lord Bassington-Bassington has been informed that (for some strange reason) it is good to get a lot of clicks on one’s blog. He has furthermore been informed that there are tried and tested techniques for attracting visitors to web pages. He will try to follow some of this advice.

So far, His Lordship has displayed pictures of nude females, but this hasn’t helped much in attracting readers.

The next logical step, in a time where some of the most popular blogs are fashion blogs such as The Sartorialist, is to write about fashion.

There is only one drawback to this: Lord Bassington-Bassington knows absolutely nothing about fashion. In fact, he is totally apathetic towards fashion trends, and generally refuses to put on any item of clothing introduced into the man’s wardrobe since 1967 (for obvious reasons).

Still, His Lordship does have a certain interest in style, so perhaps a few posts about style can offset his lack of fashion sense.

For the record, Lord Bassington-Bassington holds that style and fashion are not only different things, they are polar opposites. Somewhat harshly expressed, he holds that while style is an expression of one’s identity and values, and therefore tends to be static, fashion is an attempt to compensate for a lack of identity and values by constantly trying to reinvent oneself.

Great Britain isn’t just the place where modern men’s wardrobe was developed (with the help of such figures as Beau Brummel), it’s also the place where the best street styles have been developed. This delightful documentary, produced by the BBC, is an interesting history of the development of British street style. It is essential viewing for anyone interested in style, music or modern culture.

The film’s underlying thesis is that there is a continuity from the Teddy Boys and Mods of yore to the Casuals and Chavs of today. While this is undoubtedly true, the film also shows how the history of the development of street style is also a history of the decline of street style. As any sensible person seeing a sharp-suited Mod next to a tracksuited Chav will immediately admit.