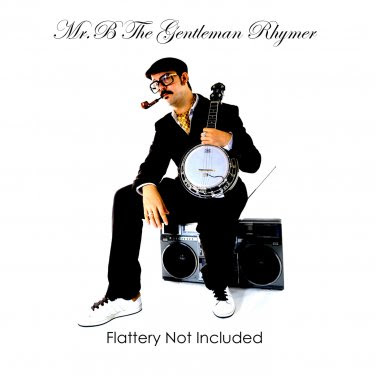 Mr. B the Gentleman Rhymer's debut record, Flattery Not Included, has finally arrived here at Bassington Manor. It took a little less than a month to arrive, due to a combination of that most English tradition, the postal strike, and a slightly uninterested vendor.

Flattery Not Included is not just a tremendously enjoyable record, it also makes Lord Bassington-Bassington want to play all his old Hip Hop records again (so this blog post is composed to the sounds of Public Enemy). So what better way to celebrate this joyous occasion than by posting Mr. B's latest video, "Chap-Hop History?"

And if you would now excuse His Lordship, he has to jump around the living room for a while, waving his paws in the air as if he simply doesn't care.