Last Hound on the Left

Film magazine Empire have published a series of posters substituting canines for the usual boring creatures found in films (sharks, humans etc). While the idea is brilliant, most of the posters fall short of the mark, as they fail to include Bassets. However, this one hit the nail on the proverbial head.

Now we're only looking for horror classics such as Hound by the Cemetary and Hound of Whipcord. 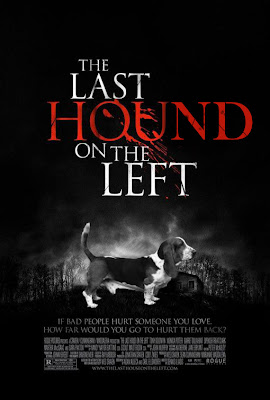