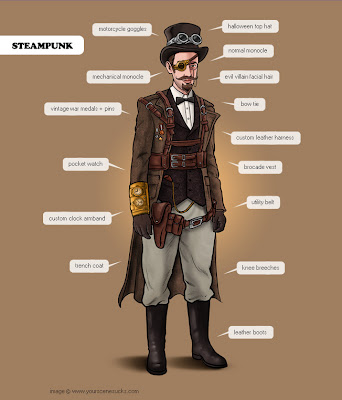 There's no denying that Lord Bassington-Bassington moves in circles where the phenomenon of steampunk is held in a certain regard. And while the Victorian futurism of steam and clockwork has a certain appeal to anyone with a nostalgic bent, His Lordship has always felt that steampunk is slightly overrated. So imagine his elation when stumbling upon the eminent webpage Your Scene Sucks, which features a brilliantly acidic write-up on steampunks.