The Satanic influence of television

Bassington Manor does not have a television set. There are several reasons for this.

One reason is that Lord Bassington-Bassington grew up in a household inspired by the anthroposophical teachings of Rudolf Steiner, which holds that modern technology (such as television sets) is Ahrimanic - i.e. Satanic. So while a puppy, His Lordship had his access to television limited. This led to the fact that when the long-eared one left home, he hadn't developed a taste for the boob tube. This taste did not develop later, either. 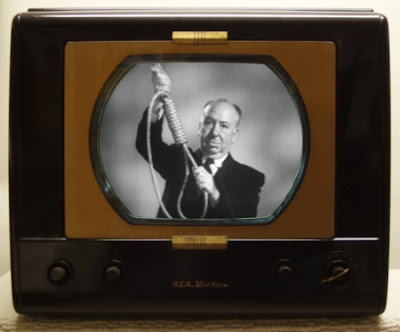 Television sets, in His Lordship's not-so-humble opinion, were there to be connected to video cassette recorders so that one could watch obscure cult movies. And here at Bassington Manor, the VCR had been replaced by a projector.

The things worth seeing on TV (such as Sherlock Holmes and The Avengers) can be had on DVDs, while the things that should be avoided are best, well, avoided.

There are moments, however, when His Lordship realizes how great television could have been if it had been more in tune with his tastes. One such moment occurred while viewing the video blog by the Reverend Kevin I. Slaughter, Satanist and all-round intriguing person. In another, and certainly better, world Rev. Slaughter would have a nationally syndicated TV show. And Rudolf Steiner's theory would be proven right...

And to balance out the Satanic rays there would be good to have some programs starring proper devotees of God.

If TV was more like this, it is conceivable that Bassington Manor would have a television set.
Lagt inn av Lord Bassington-Bassington kl. Sunday, February 05, 2012
Etiketter: atrocious alliteration, religious reflections, televised delights