With a physique like Lord Bassington-Bassington’s, one isn’t exactly “born to rock”. Even if one might argue that floppy ears are perfect accessories for headbanging, and that their velvety feel gives His Lordship sorely needed Goth points, His Lordship has largely given up on wearing leather pantaloons.

However, he is undoubtedly interested in the music of Swedish Industrial outfit Coph Nia. He especially enjoys their collaborative efforts with the group Mindspawn, which has produced dark-ambient music perfect for late nights at Bassington Manor in the company of a good book and good port. 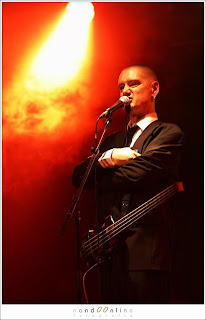 So when asked whether he would like to write the press relase for Coph Nia’s latest record, His Lordship enthusiastically agreed. And not just because it’s released by a Polish record label (His Lordship likes Poles), the fact that Coph Nia guys are super guys or even that the word “money” was mentioned. No, His Lordship really liked the record.

So here is Lord Bassington-Bassingtons attempt to help Coph Nia flog their music to an unwary public:

It's hardly news to any connoisseur of Industrial music that Coph Nia like to cover songs. So far they have quite a cover track record. They've transformed The Leather Nun's punk anthem "Prime Mover" into a brooding, industrial soundscape, and made songs by artists as diverse as Front 242, Bauhaus, Arthur Brown and The Rolling Stones their own.

One danger of covering songs is that you might end up as a covers band. This is especially dangerous if you cover songs by, say, The Rolling Stones, as you might just end up on the rock cover band circuit – playing 'Sweet Home Alabama' in dodgy rock pubs and biker meets in places God has been drinking to forget ever since he created them.

On the other end of the scale, but equally degrading, is to end up as wedding singers. Remember that really unfunny Adam Sandler movie? 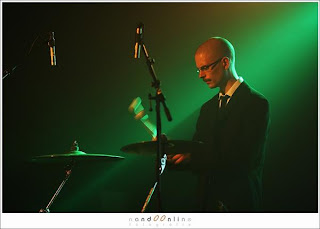 If you think that Coph Nia has too much class to end up en either category, well, let's say you have too much faith in the band. Coph Nia are already a bit too familiar with playing gigs in dodgy pubs, and they've even played at a wedding (well, it was my stag party, but it was definitely wedding-related).

So in a desperate attempt to not end up having to provide the soundtrack to bikers picking up underage chicks or obscure uncles doing moves from Saturday Night Fever, Coph Nia have decided to take the demon by the horns, and tried to exorcise the Cover Demon before it consumes them.

The result is this release. This collection of Coph Nia-fied covers including Ozzy Osbourne's "Mr Crowley", the song Mr. Aldenon's band was born to cover, "Black Sabbath" by the band of the same name, "Sick Things" by Alice Cooper and "Levitation" by psychedelic space rockers Hawkwind.

Hopefully, the exorcism will work. If not, you know where to look for Coph Nia in a few years...

PS: If you need a band for your wedding, Coph Nia can be reached through their website. 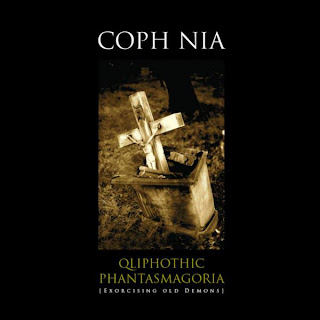