A toast to progress, part II

While he has an instinctive suspicion towards the "queer theorists" currently flooding the academic and the art worlds, and finds some gay activists annoying, Lord Bassington-Bassington likes the idea that gay people should be allowed to show their love in public. Since a surprisingly large percentage of the people who have shaped him and inspired him have been gay, for His Lordship this isn't just a question of respect for these people, it's a duty born of gratitude.

So His Lordship was actually a bit touched when he was browsing the Internet for a pocket handkerchief for his favorite jacket, and came across a silk hankie that, according to its producers, is “designed with Civil Partnerships in mind”. 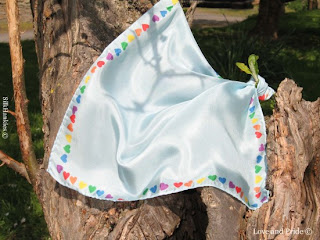 A lovely handkerchief it is, too, even if it isn't quite something that Lord Bassington-Bassington would tuck into his breast pocket. But then, being a raving heterosexual ( a "king?"), His Lordship would never enter into any sort of marital or civil union with a man, either. Still, he loves the idea that one can create a product that both celebrates the fact that gays can enter legally recognized, responsible unions, and at the same time encouraging them to dress better. 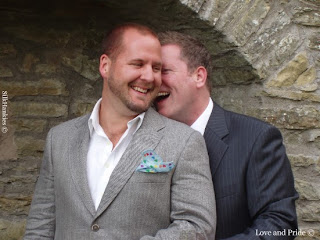 While Lord Bassington-Bassington thinks men should be allowed to enter unions such as this, he does insist that they follow the standard rules of courtship, as demonstrated by certain Danish Neofolk and Industrial luminaries Kim and Thomas below. 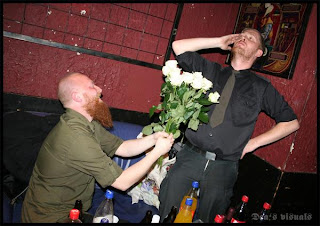