Neofolk music hasn’t really reached Norway, much to Lord Bassington-Bassington’s disappointment. But times they are a-changing, if only slightly.

Mr. Terje Øverås is an interesting young man with a long history of creative activity. As a student of several institutions of art he has worked in collage, photography, performance and conceptual art. He is also writing on a novel, Decapitated Snake Descending, which looks rather promising and should be obligatory reading for anyone with more than a minimal interest in decadent literature.

But on this occasion, The Chronicles would like to call attention to Mr. Øverås’ musical activities, which usually take place under the name Gyron V (pronounced as in the French; “gyron sanc”). While Øverås prefers that his project not be referred to as a neofolk band, but as a “pataphysical folk-pop orchestra”, if neofolk is to have any meaning whatsoever, then Gyron V is neofolk. By Jove, Mr. Øverås even plays live drums for neofolk outfit Die Weisse Rose.

So far, Gyron V’s music has to be enjoyed through the Internet, but the outfit is currently working on its debut album, due out on the semi-legendary Swedish label Cold Meat Industry.

While decidedly low-fi in its approach (Mr. Øverås has named the sound production on Darktrone’s Transilvanian Hunger as an ideal to strive for) Mr. Øverås has crafted some fine songs. Lord Bassington-Bassington particularily recommends “in The Circles of Ether”, with its loungey sounds. The sensitive interplay between piano, feedback and guitar on “You Wander Through” also make it a small gem of a song.

But the ultimate Gyron V experience is the live concert. Mr. Øverås's shy charm is irresistible, and while any boring old rock'n'roll band can make being drunk a part of their live show, it takes a real master to make acute hangovers a staple of his performance.

These pictures are from Gyron V’s performance at the opening of Johannes Høie’s exhibition earlier this fall. Lord Bassington-Bassington makes no apologies for their quality, as his paws are a few sizes too big to operate a camera with any degree of finesse.

On these pictures, Mr. Øverås is assisted by Fredrik Falk, another fine human from whom we’ll be hearing a lot more in the future. 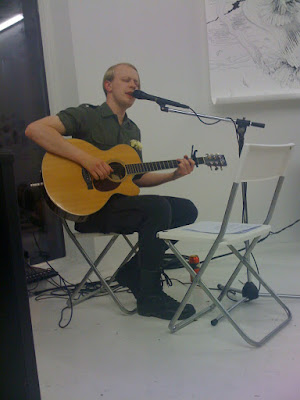 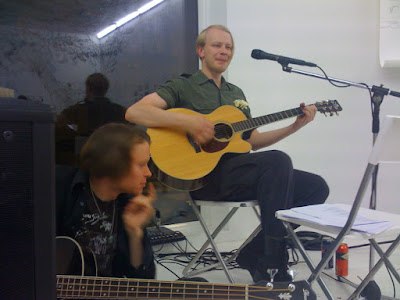 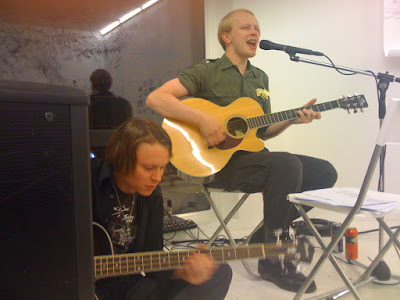 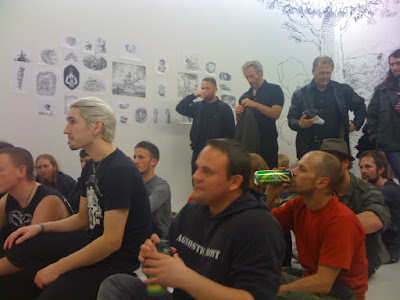