Lord Bassington-Bassington is a long-time supporter of gay rights, and also has a great appreciation of the Norse mysteries. His Lordship sees no contradiction in this, quite the contrary: It is all about being open about what and whom one is, and perhaps even take a little pride in it.

Still, while waddling around the streets of Milan, His Lordship was a bit surprised to find that one of the leading gods of the Norse pantheon seems to enjoy a secret life in more southern climes. A secret life where this normally quite stern divinity, known for his affinity for wolves and for sacrificing himself to himself, shows a wholly new side to his character. 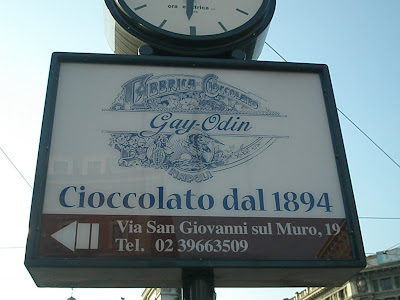 While this Norse deity is perhaps more famous for imparting the secret of mead unto the Northern peoples, his chocolate factory produces a rather delectable chocolate liqueur - a bit like a fondant version of Bailey's. 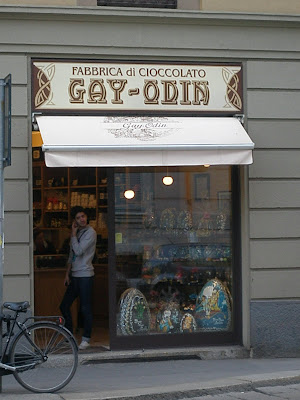 If you're curious for more Gay-Odinic insight, surf by this look behind the scenes at the chocolate factory itself.

Thanks to Lady Mju for photographic assistance.