While it’s hardly a secret that Lord Bassington-Bassington has sympathies with what could broadly be termed the political Right (in its more moderate forms, he eschews extremism). But His Lordship has always steadfastly refuses to let squabbles about such inconsequentialities as politics or religion stand in the way of enjoying life.

So His Lordship was most enlivened by stumbling across one of the most entertaining left-wing blogs he has ever seen. Dear readers of the Chronicles, meet the Worker-Dandyist International. This excellent blog provides a left-wing analysis of current society that is surprisingly similar to Lord Bassington-Bassington’s own views, something which only strengthens His Lordship’s opinion that sensible people come in all political and religious persuasions. 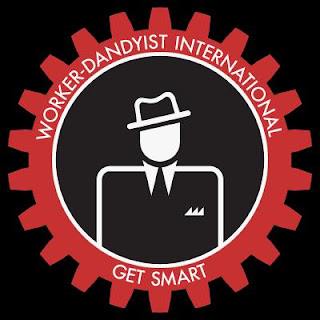 While the Worker-Dandyist International has a consistently high quality in its post, Lord Bassington-Bassington, being a hound after manifestoes of all sorts, was especially taken with its Worker-Dandyist Manifesto.

Some of its highlights:
“4. We define our Dandyism, in essence, as simply making as much of an effort as possible with the limited resources availabhttp://www.blogger.com/img/blank.gifle. An effort in sartorial flair and individuality, an effort in civility, social responsibility and courtesy, and an effort in communal culture, welfare and hedonism. Our definition of Dandyism will most certainly conflict with the pompous elitists’ definition of Dandyism. Of course, we embrace and encourage popinjays, peacocks and coxcombs but we shall dispense with the conceitedness associated with such terms in favour of community and kindness.”

“5. The Worker-Dandy opposes sweatshop labour, child labour and forced labour. If you paid £5 for a new skirt then someone, somewhere has been paid, at most, pennies to manufacture it. The Worker-Dandy will never knowingly contribute to such exploitation.There are many ways and means of dressing well. Slavery is not one of them.” 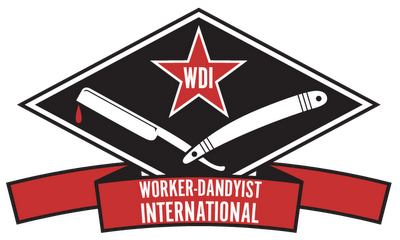 And as a long-time skeptic, Lord Bassington-Bassington simply loved this point:
“9. Worker-Dandyism is rational and therefore vehemently opposed to quackery. Pseudo-science is a leech that feeds on humanity both economically and physically. Reflexology, homeopathy, magnet therapy, etc., are all bunk. Snake-oil salesmen have always exploited the gullibility and desperation of the sick for financial ends and, while people are free to dispose of their earnings as they please, when people are discouraged from seeking proven medical treatment in favour of junk remedies we regard this as tantamount to criminal assault.”


Ladies and gentlemen, whatever your own politics, you are cordially invited to enjoy the Left, possibly at its best, but certainly at its best dressed.

Now, why does this it seem that this superb slice of socialist soul-pop should be playing in the background while looking at the website?