As should be obvious to any reader of the Chronicles, Lord Bassington-Bassington suffers from an advanced case of Anglophilia (some would go so far as to call it Anglomania). And while the roots of his affliction go far back, there are certain milestones that can be ascertained. One was discovering legendary band The Who at a tender age, the other was buying George Marshall’s book The Spirit of ’69 – A Skinhead Bible, a book which will certainly be covered in detail in these Chronicles in the future. Another milestone was being exposed to a charming quartet of young English musicians who call themselves Blur.

Blur started out as a rather run-of-the-mill band trying to surf the dance rock wave that started in Manchester. But after a while, the "Madchester" phenomenon drowned in a wave of drugs and baggy clothes, and Blur needed a new direction. Grunge? No, contrived scruffiness of grunge rockers – not to mention their whiny music – were hardly an alternative.

Something new and fresh was desperately needed. And like all sensible people, Blur searched for the new and the fresh by looking to the old and well-tested.

The result was two brilliant albums, Modern Life is Rubbish and Parklife, where a vision of Englishness bordering on pastiche was put across with a passion. This Britpop, as it came to be called, had no clearly defined manifesto, but if it had had one, it would be perfectly summed up by The Kinks’ song "Village Green Preservation Society". 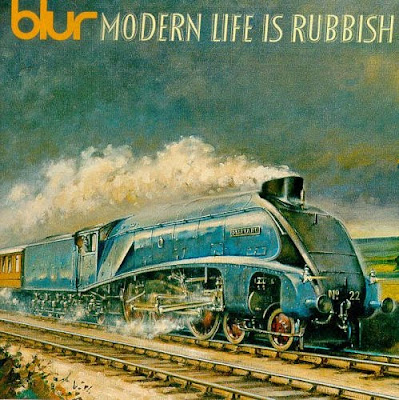 While the covers of the longplayers Modern Life is Rubbish and Parklife are emblematic of Blur’s mentality, nothing captures this phase of Blur’s career better than the promotional photographs British Image 1 and 2. The photograps are taken by Paul Spencer, and captures the band at their most vibrant and relevant. And yes, His Lordship is considering buying prints of these from here, despite exorbitant prices. 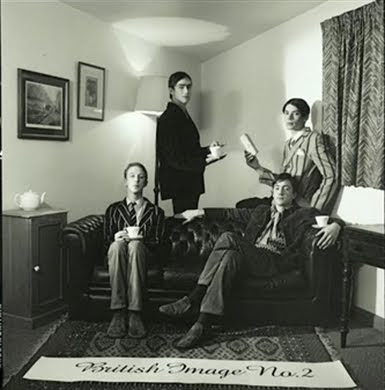 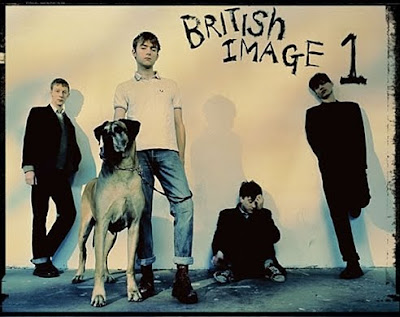 Not only had Blur realized the pure power of British style, but also the power of being seen with members of the canine community. Is that a lovely Bullmastiff we're seeing? Rumour has it that the original sessions featured a Basset, but that rampant anti-Basset sentiments in the record industry at this time demanded that the canine be exchanged for a more popular breed. One only wonders how far Blur could have gone without such concessions to commercialism. Surely they would have achieved the American success that eluded them.

Gradually, Blur dropped the stylish British mannerisms in covers and dress, flirted with American “alternative rock”, and more or less became everything they originally reacted against.