Even the most casual reader of this blog can hardly fail to notice that it publishes quite a few posts about neofolk music. The reason, of course, is that this is one of Lord Bassington-Bassington’s favourite genres. But what exactly is neofolk? This is a more difficult question than you might think.

Thankfully, there's help at hand. Enter Andreas Diesel and Dieter Gerten, two Berlin-based gentlemen who are in a unique position to shed some light on the subject. Herr Diesel and Herr Gerten are the authors of Looking for Europe: Neofolk und Hintergründe, the most comprehensive text about the genre available. Taking its name from a Sol Invictus song, the book runs to over 500 pages, and is accompanied by a four-CD compilation giving a broad overview of where neofolk comes from, what it has been and what it is today. This book is indispensable reading for anyone who want to claim any insight into the matter. 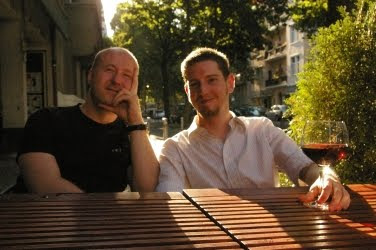 When not writing about neofolk the two work with other very serious and intellectual matters. Herr Gerten is a professional hydrologist and amateur meteorologist, while Herr Diesel is a poet and translator. He has been translating H.P. Lovecraft into German, which of course earns him a lot of respect here at Bassington Manor.

This interview was done by e-mail, and Herren Diesel and Gerten did not distinguish who contributed which part of which answer. So if the reader wishes, he or she can imagine the two gentlemen as a two-headed troll. Albeit a very well-mannered and cultivated troll. Perhaps more Gilbert & George than a troll, now that we think of it. 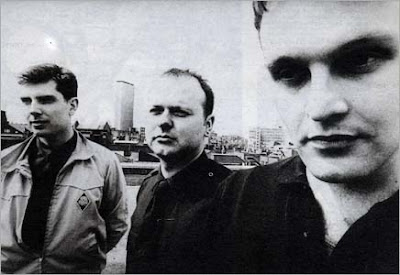 – It is hard to get a grip on what neofolk is, as many of the bands who have had the label applied to them sound nothing alike. So what, exactly, is neofolk? Is it a musical genre, a “scene”, or a movement of sorts, or just a label for some record companies to make their customers feel themselves superior to the normal Grufti (Gothic person)?

– It’s really hard to pin down. Personally, as former Gruftis we first encountered bands of that type in the early-to-mid-Nineties’ gothic and dark-wave scene. This was before the term ‘neofolk’ had come into use as a designation for a separate genre; back then, most people, at least here in Germany, considered bands like Death In June, Current 93, Sol Invictus, or Sixth Comm to be intrinsic parts of the dark underground.

– These groups were special because they referred to obscure literature and movies, history, mythology and occultism, while their music was a blend of the musicians’ roots in the industrial, punk and wave scene(s) with their interest for traditional (British) folklore and singer/songwriters like Scott Walker, Leonard Cohen, or Love. All this made for a unique mixture, something that was amplified by the quasi-mythical status of these bands back then (remember, it was hard to find anything by, or any information on, so-called cult groups in pre-internet days, which made it even more alluring).

– In Looking for Europe, we argue that the aesthetical and spiritual common ground of the bands we deal with in the book is more important than a merely musical one. Of course most of the bands that are labeled neofolk, dark folk, or apocalyptic folk have at one stage of their career or another used musical elements that account for the term ‘folk’, but these can be mixed with other styles (ranging from elements of early music via pop to industrial harshness) or even be completely neglected, without the artist in question necessarily dropping out of the referential web that, in our opinion, constitutes neofolk more than musical categories. For example, bands like Blood Axis, Ostara, or Orplid might record albums with few or no folk elements, but still there are features in the lyrics and the overall presentation that make their music function within that ‘canon’. 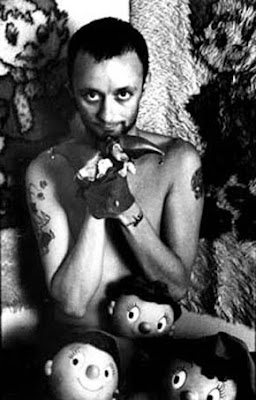 – Neofolk has attracted a fair bit of controversy because of themes and symbols that often pop up in the neofolk context. In fact, some people seem to want to paint neofolk as some sort of fascist conspiracy – as a sort of “Skrewdriver for grownups”, perhaps. What is your take on this situation? Is there a neofolk ideology?

– Simply speaking: no, there is no such thing as a fixed “neofolk ideology.” As anyone who knows some of these musicians, label bosses, and fanzine writers will attest to, these people are often very different from one another, and great emphasis is put on individuality.

– Having said that, there are of course some common features, as we have implied in our answer to your first question. Most, if not all, of the artists we examined in Looking for Europe are interested in and inspired by things from the (European) past – literature, art, mythology, religion, occultism, historical events – and they express their personal reflections on these things in a musical style that often sees a combination of old and new elements.

– The people who would like to portray neofolk per se as some sort of “Skrewdriver for grown-ups” or “Frank Rennicke for goths” (Rennicke is a German neo-Nazi songwriter) clearly follow their own agenda, whether they come from the extreme left or the extreme right. They project their own narrow-mindedness and biases unto a musical spectrum, while totally ignoring the diversity and ambiguity of the whole thing and, above all, disregarding the autonomy of the artistic sphere.

– This is not to say that every artist in this spectrum, every statement that has been made, or every reference or sample within the music is beyond criticism or that ‘confrontational’ art shouldn’t be scrutinized. One could ask whether a band uses historically charged allusions for mere shock value, or in the framework of artistic debate, or if there are more sinister (or silly) reasons for this.

– However, the controversy surrounding these things, especially on the internet, has become a bad parody of Groundhog Day mixed with Godwin’s Law: a ritualised trench warfare that, regardless of proclamations to the contrary, isn’t interested in open discussion, explanation, or clarification. Several times, when confronted with positive proof that the artists they’re rallying against in fact aren’t the fascists or racists they would like (?) them to be, these “internet partisans” aren’t relieved. Instead they get even more angry and just keep pressing their point – a rather strange and, ultimately, very revealing reaction. 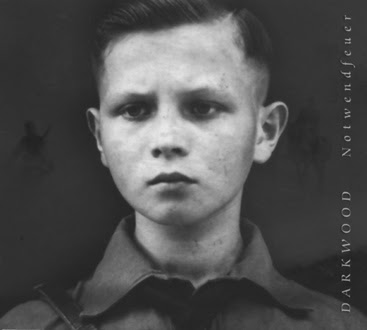 – Looking for Europe was published in 2005. What has happened in neofolk since then, and which new trends do you see emerging? Does it have a future, or will the genre become so formulaic that it will die of itself?

– When we speak of neofolk as a genre, then the whole thing is well past its prime in our opinion. Like in most other musical niches, clichés, repetitions, and stereotypes abound. The fragmentation into sub-subgenres, as well as the advent of affordable music software, MySpace, download labels, and other internet platforms haven’t helped that situation. These tools tend to encourage young would-be musicians to put out all their stuff to the world immediately, without any period of critical reflection and maturation. I am rather fond of Siouxsie Sioux’ famous riposte to punk’s DIY ethos: “Everyone can’t do it.”

– Positively speaking, there are, and probably will always be, great musicians coming forth with inspired music in this field, but these artists are mostly striving against the stream of subcultural fads and fashions and don’t get as much attention as their music deserves. As examples from the last decade or so, I should mention artists such as Lux Interna, Birch Book, IANVA, Naevus, or Darkwood in this regard.
Lagt inn av Lord Bassington-Bassington kl. Thursday, February 04, 2010
Etiketter: atrocious alliteration, musical musings, terrific tomes