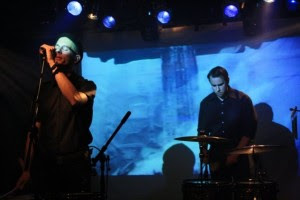 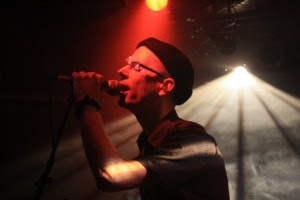 As any casual reader of The Chronicles will have noticed, Lord Bassington-Bassington loves Neofolk music. He also loves to give something back to people that have given him something. So His Lordship is happy and honoured to be able to combine those two loves by lending a helping paw to people whose music has inspired him, such as Coph Nia, Die Weisse Rose and Klammheim, by helping them with press releases to promote their recordings.

Last in a short (but very cosy) line is Apatheia, the project of the ever charming Linus Andersson. Mr. Andersson is not just a superb fellow, lover of good (vegan) foods and talented musician, he was also kind enough to take the time to travel to Oslo to play at Lord Bassington-Bassington and Lady Mju's combined stag and hen party. He deserves all kinds of respect and support.

And with those words, we cut for a commercial break.

Gothenburg-based multi-instrumentalist and sound sculptor Linus Andersson is a busy man. Not only does he beat the drums for goth-Industrialist outfit Coph Nia, and work as a sound engineer and producer for everything from hair metal to contemporary art music, he also plays in a bunch of punk bands.

No wonder his own neofolk project, Apatheia, seems to suffer from… well, apathy. Despite existing for about a decade, it has only produced a few releases, in highly limited editions on highly obscure labels. But as anyone who has heard any of this material knows, they have been well worth tracking down. Apatheia’s songs are typically well arranged and well played, with a strong sense of melody and sound. A song like “Rot in the Core” is worth the entire productions of some of the neofolk outfits out there.

This situation couldn’t last. It would only be a matter of time before a label grabbed Apatheia and gave its music the audience it deserved. This label turned out to be renowned Swedish label Cold Meat Industry, and now they’re re-releasing Apatheia’s Lifethesis.

This is what main man Andersson has to say for himself:

“Originally released in an edition of 100 copies by Stridulum Recordings in 2003, Lifethesis consists of some of the earliest Apatheia material, recorded in Linköping between 2001 and 2002. The recording quality is rough and the performances are often spontaneous and not always perfect - and all for the better! I considered remastering the album, but quickly realized that it did more harm than good. To me, these old bedroom recordings have a certain quality to them that couldn't have been reproduced in a proper studio setting”.

While his musical merits speak for themselves, there is more that makes Apatheia a bit unique in the world of neofolk. In a genre obsessed with symbols of power, conquest and control, Apatheia (the term denotes a state of detachment from the world) is all about retreating to one’s bedroom, to regroup and plot one’s revenge against everyone and everything. A bit like punk, only less noisy, less smelly and – let’s admit it – less silly.

So, rejoice that the notoriously perfectionist studio rat Andersson has decided to let some of his old treasures out of the vault. If Lifethesis doesn’t make you eager to hear more of his releases, then you’re not really interested in this sort of music, are you?


So, if you are interested in this sort of music, you should keep an eye on the Cold Meat Industry webpage in the time coming. And in the meantime, you could always check out the very limited vinyl single (see picture below) Apatheia has just released. The details below are stolen from the Apatheia blog, as are all the pictures in this post.

A new 7″ has been released. A numbered edition limited to 100 copies on blue vinyl will initially be released, followed by an additional 200 on black with different artwork.

The A-side features a new rendition of Rot In The Core (originally released on the Promo album), and a new song called You Will Not Survive on the flip. The latter is a droning instrumental version of the song, and it will most likely be published in a different version on a sampler early 2010. 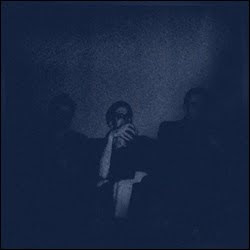