Lord Bassington-Bassington continues to shamelessly solicit hits for his Chronicles by trying his paw at fashion blogging. So far he has tried to copy the influental fashion blog The Sartorialist, by looking at ear trends and what people are wearing when visiting a certain Heretical Cellar.

But his somewhat pathetic attempts at fashion blogging need to be taken to "the next level", or however fashion bloggers put it. So when he came over these pictures, he knew he had to compile them into a Neofolk lookbook, modeled by Latin lover and Neofolk gangster Don Bota of Gävle.

Don Bota has recently become a lord, but we here at the Chronicles suspect that Lord Alexander Bota of Jura's title might be even more tenuous than that of Lord Bassington-Bassington himself.

But anyway, on with the fashion story.

Many Neofolk enthusiasts are fond of uniforms, both because of an interest in history and fetishism, and an appreciation for the transgressive nature of some of them, as shown by swastika-wearing punks. But Don Bota takes it a bit farther than most, frequenting clubs where people are obliged to wear historical uniforms to be let in. Here he's modeling some particularly stylish riding boots, which reminds Lord Bassington-Bassington that the season for his own high boots is about to set in. 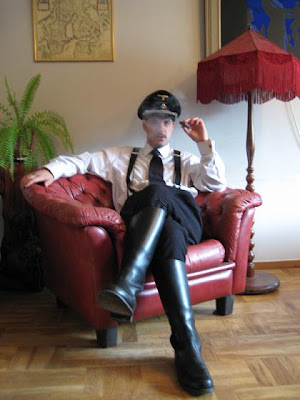 While uniforms are often stylish, Lord Bassington-Bassington is a snuggler, not a fighter, and tends to be more appreciative of civilian styles. This photograph, taken outside of Kafé Spegeln, one of Gävle's better establishments, shows Don Bota to be a master of the classic dandy pose. 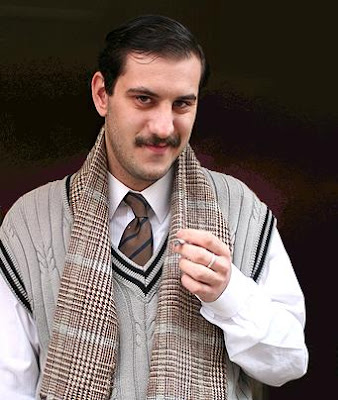 But of course, the ultimate Neofolk style accessory is to be flanked by members of a certain National romantic boy band. 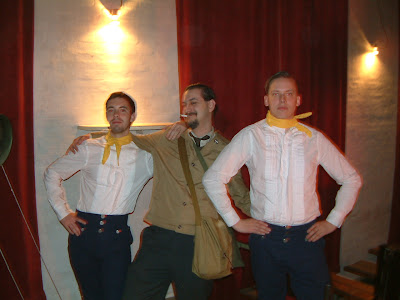 And as a bonus picture, here we see that Don Bota was an early starter when it came to having a style of his own. We here at the Chronicles suspect that one of our regular readers, the indomitable Superfritz, might approve of this particular look. 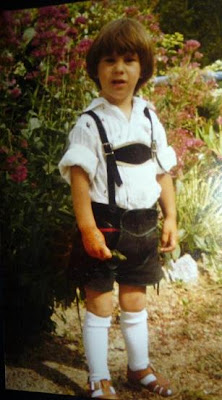 (Of course, this little lookbook is about style, not fashion. And as he has stated before, Lord Bassington-Bassington holds that style and fashion are not only different things, they are polar opposites. Somewhat harshly expressed, he holds that while style is an expression of one’s identity and values, and therefore tends to be static, fashion is an attempt to compensate for a lack of identity and values by constantly trying to reinvent oneself).
Lagt inn av Lord Bassington-Bassington kl. Friday, November 27, 2009
Etiketter: atrocious alliteration, style counsel