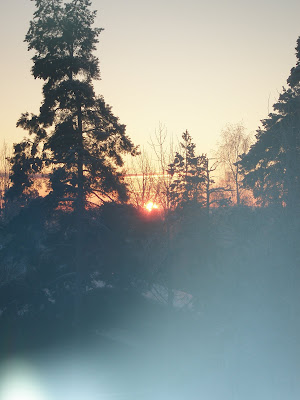 (A wintery view from the window of Bassington Manor, courtesy of Lady Mju).

It’s a new year (a new decade, even), and time to figure out what to do with the Lord Bassington-Bassington Chronicles in the year to come.

The Chronicles have been in circulation for a year now, and have attracted a small but select following who have provided a lot of encouragement. Thank you all for your clicks and comments, but the most heart-warming compliment was possibly when Lord Bassington-Bassington was referred to as a ”long-eared Lucifer”.

As a result of this, Lord Bassington-Bassington has decided to keep dictating these Chronicles. More or less in their now-established form, but some new developments can be expected. For example, the Chronicles have developed a format for mini-interviews with various interesting and inspiring people. The first of these interviews has already been conducted, and will be published whenever Lord Bassington-Bassington finds it appropriate.

In the meainwhile, here are two quick updates on what's happening in the world of Lord Bassington-Bassington.

Firstly, readers of these Chronicles who have not already done so should immediately check out the latest issue of Jingle Bones, or Knokkelklang as the original Norwegian title is. This excellent publication, which features contributions from a range of Lord Bassington-Bassington’s friends and colleagues, features material both in English and Scandinavian languages.

Secondly, readers within travelling distance of Oslo might want to mark January 28th in their calendars. This day marks the year's first instalment of the Heretical Cellar, the club Lord Bassington-Bassington is involved in. Not only that, this particular Cellar also marks the release of acclaimed Norwegian novelist Torgrim Eggen's new book, which is the first work of fiction to feature His Lordship's secretary as a fictional character!

Expect more posts on this blog in the days to come. In the meantime, things are a bit difficult, as Little Storping in the Swuff is covered in a thick layer of snow. This presents certain problems whenever His Lordship tries to leave Bassington Manor, for, as the film below shows, Bassets can have problems dealing with deep snow.