Otto Rahn in the Court of Lucifer

Otto Rahn (1904-1939) was a rare soul. Dedicating his life to finding the secret of the Holy Grail and searching for it in the caves underneath the ruined Cathar Castle of Montségur in Southern France, Rahn travelled and wrote extensively, trying to unravel what he saw as hidden messages in various strands of European folklore and myth. 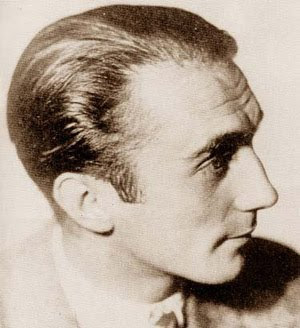 Anyone familiar with Rahn's books, and of a skeptical disposition, will quickly realize that Rahn's etymological and anthropological speculations might be a bit off-target, to put it politely. However, that does not diminish from the value of Rahn's books. For they are wonderful. Rahn was one of those people who is able to make his readers see the world in an entirely new, entirely poetic, way. His exploration of Europe's hidden soul was also an exploration of his own.

And like some other poetic souls he was seduced by the utopian promises of National Socialism, only to have his soul - and life - crushed by it.

The passage below is a from his book Lucifer's Court.

Lucifer came from the German forest into my room. I cannot see him, but I feel his presence. It can be only Lucifer who lifts the piece of temple frieze from my desk. Columns grow under it and the other rubble conforms to it as a roof. Apollo’s Delphi stands suddenly in virginal beauty before me, and, through the sacred darkness of the olive trees and laurel bushes, I gaze at the sentence: “Know yourself!” It can be only Lucifer who picked out that inconspicuous stone from the rubble of Montségur Castle. It was a piece left from a stone bench railing. I see the bench clearly. Laurel bushes cast shade upon it. A man sits there, blond and noble. He wears a black tunic. A cap, like a beret, covers his head. The man, a Cathar, looks at me and speaks: “Greetings to you, Lucibel, to whom injustice occurred!” 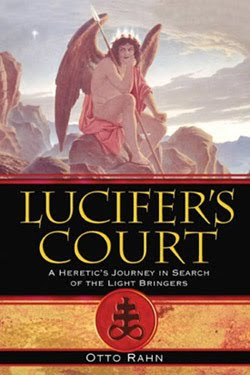 The story of Rahn's unhappy Grail quest has been turned into an excellent documentary film by Richard Stanley (most known for films such as Hardware and some spectacular music videos for Fields of the Nephilim.) If you have a single romantic bone in your body, Lord Bassington-Bassington recommends that you see it. The introduction is below.