Where cats go at night 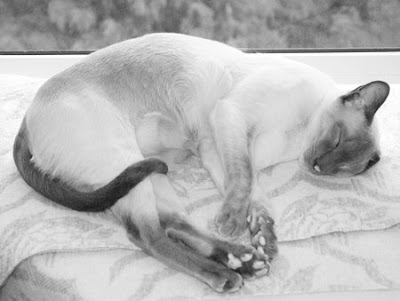 Lady Mju's publication of T.S. Elliot's hymn to the Jellicle Cats made Lord Bassington-Bassington reflect on another writer who had an appreciation for the feline.

That H.P. Lovecraft loved cats is no secret, as he penned a plethora of tributes to his feline friends. His short story The Cats of Ulthar should be compulsory reading for cat lovers. How can anyone resist a description of the feline such as "the Sphinx is his cousin, and he speaks her language; but he is more ancient than the Sphinx, and remembers that which she hath forgotten?"

But Lord Bassington-Bassington, also great admirer of the feline family, is especially fond of another Lovecraftian paean to cats, namely a passage from short novel The Dream-Quest of Unknown Kadath.

This passage starts when protagonist Randolph Carter finds himself on the dark side of the moon, surrounded by strange, alien – and hungry – beasts. In other words: in a difficult position.

Then through that star-specked darkness there did come a normal sound. It rolled from the higher hills, and from all the jagged peaks around it was caught up and echoed in a swelling pandaemoniac chorus. It was the midnight yell of the cat, and Carter knew at last that the old village folk were right when they made low guesses about the cryptical realms which are known only to cats, and to which the elders among cats repair by stealth nocturnally, springing from high housetops. Verily, it is to the moon's dark side that they go to leap and gambol on the hills and converse with ancient shadows, and here amidst that column of foetid things Carter heard their homely, friendly cry, and thought of the steep roofs and warm hearths and little lighted windows of home.

So if you’ve ever wondered where your cat goes at night – now you know. 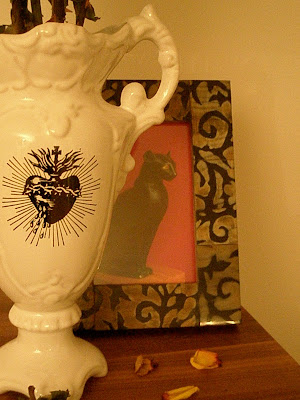