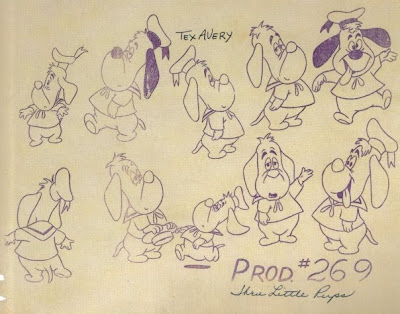 Regular readers of this blog will know that there has been a virtual conspiracy to cover up the immense influence the Basset hound has had on the history of culture. Pieces of art have been carefully doctored to remove the Basset hound; one needs only to look at literature, where seminal stories such as Arthur Conan Doyle's suspenseful Hound of the Bassetvilles, Clark Ashton Smith’s Basset Hounds of Tindalos and Maurice Sendak’s Where the Basset Hounds Are have suffered from de-Bassification.

The same fate befell the classic fairy tale about the Three Little Basset Pups, which was turned – by anti-Basset fairy tale gatherers – into a story about, of all things, pigs.

So thank heaven we had the cartoon genius of Tex Avery. He saw the heinous injustice that had been committed, and proceeded to right the wrong. Not only that, he cast Droopy, Basset hero extraordinaire, in the lead role. 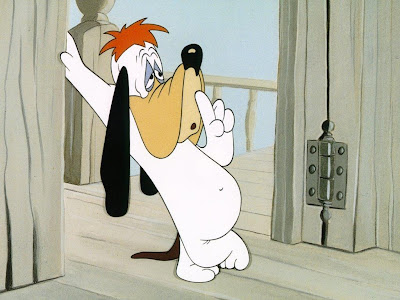 So please enjoy one of the world’s most famous fairy tales, the way it should be told.