The Queen of Eldritch Horror

In his years of being interested in things that fall a bit outside the cultural reference points of TV and U2, Lord Bassington-Bassington has encountered quite a few unique individuals. Of all these, Wilum Hopfrog Pugmire has been one of the most unique.

W.H. Pugmire is nothing less than a gay Mormon punk rocker (with a penchant for drag) who writes Lovecraftian tales. And as if that wouldn’t be enough to capture Lord Bassington-Bassington’s attention, Mr. Pugmire is one of the best practitioners of the Lovecraftian tale in the world today. Even if Lord Bassington-Bassington has set out to become the leading Norwegian expert on Lovecraft (a bit like being West Sahara's leading ice skater), you needn’t take his word for it. For in his work The Rise and Fall of the Cthulhu Mythos, S.T. Joshi, the world’s foremost authority on Lovecraft and his literature, hails Pugmire as “one of those rare authors who can channel their literary influences while at the same time remaining profoundly individual”. 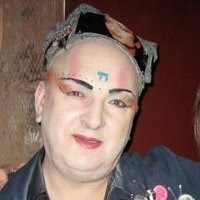 Personally, Pugmire refers to himself as "the Queen of Eldritch Horror". And so should you refer to him.

The Queen resides in the American city of Seattle, Washington, and in a recent email to Lord Bassington-Bassington, he explained that because of some recent health problems, he is now “basically staying home and living the life of a recluse.” Which, of course, makes him even more Lovecraftian, as The Gentleman of Providence also preferred to keep to himself most of the time.

Mr. Pugmire was kind enough to take some time away from his fiction to answer some questions. So this is the first in a series of short interviews here at the Chronicles. The idea being that there should only be three questions, ideally one of each of the Chronicles' core subjects - culture, style and religion/philosophy - to not steal too much of these excellent people's time and energy. 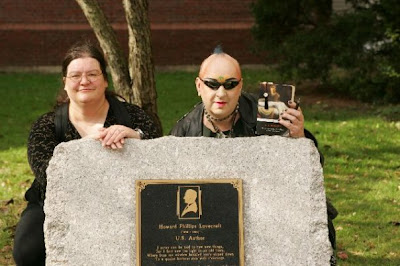 – There are a lot of writers who write in the tradition of H.P. Lovecraft. But you’re one of the few Lovecraftian writers who can really make the genre your own. What’s your secret?

– My tutors in this genre are those who knew Lovecraft in life, mostly as a correspondent, and who fell under his spell and wrote stories in what was then the new tradition of the Lovecraftian tale. Thus, when I write my stories I'm not only influenced by Lovecraft but by Robert Bloch, August Derleth, Carl Jacobi, Donald Wandrei, Joseph Payne Brennan, Fritz Leiber, Ramsey Campbell, Clark Ashton Smith – it is a rich tradition! But mostly I return to Lovecraft, cull my inspiration from his tales, writing direct sequels or taking little bits from his tales and expanding on them in my own way.

– Because I don't care about commercial success, I am free to write exactly the kind of story that I want to write, in exactly my own style. I've been writing these tales for many decades, and as I mature I write tales that are uniquely mine own, yet utterly tainted with my Lovecraftian Muse.

– My invention of the Sesqua Valley is an absolute gold mine – its possibilities for stories has no limit, because anything supernatural and Lovecraftian can and does happen there. One of the books I am writing now is a collection of stories inspired by the weird fiction of Robert Bloch – yet it will be an extremely Lovecraftian book, for Bloch is my direct link, through correspondence, to H. P. Lovecraft. Of course, one of the main helps has been that we are living in the age of S. T. Joshi. His books of editing Lovecraft's texts (fiction, essays, poetry, letters), especially his annotated editions from Penguin Classics, and his highly esteemed friendship has been fundamental in inspiring the best of my writing. 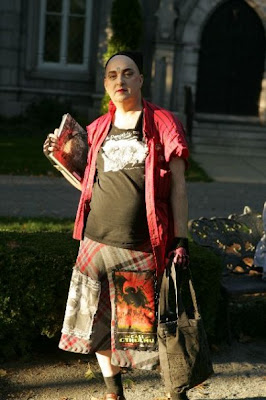 – You dress in a very flamboyant and unique style, which it is tempting to describe as ”Lovecraftian punk drag”. How important is style to you, and how do you go about creating your own style?

– I have always loved dressing up. As a kid I used to walk around the neighborhood in a variety of monster outfits of mine own invention. My first job was dressing up as a vampire for the Jones' Fantastic Museum, where I taught myself the art of horror makeup. When I came out as queer it was only natural that I would be attracted to dressing up in weird drag, a combination of horror and gay transvestitism. Then punk came along and part of its appeal for me was that I could dress-up freaky in a wild punk way. Later I became a huge Boy George fan. All of those things combined.

– I rarely go out these days, so now I only dress up for my webcam when I record my video logs on YouTube for my MrWilum channel. It is, for me, very punk, this dressing up any way I want to, as is my determination as a writer to write absolutely the way I want to, to be a Lovecraftian to the core, to do it all “my way”. Punk rock has been a foundation of freedom in my life and has given me the guts to live on my own terms. To do so gives me great joy. The child I once was still lives within me, and my dressing up is actually a very innocent form of self-acceptance. 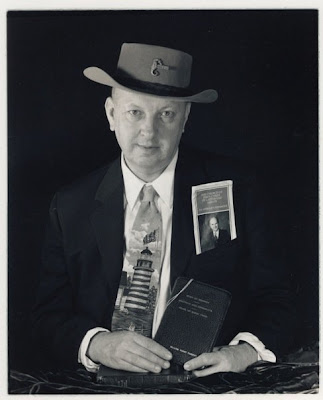 – You were a lapsed Mormon, but have recently been re-baptised into the Church of Jesus Christ of Latter-Day Saints. There seems to be quite a few Mormon Lovecraftians (like Sandy Petersen, creator of the Call of Cthulhu role-playing game). What is it with Mormons and Lovecraft? Could it be that there are certain similarities between Joseph Smith’s vision and that of Lovecraft, not just that both were extraordinary visionaries (Harold Bloom hails Smith as an “authentic religious genius”), but in that both present a world with a rich prehistory unsuspected by mainstream science, lost documents of great importance and so on?

– I've never considered that there is a link between being a Latter-Day Saint (a Mormon) and a Lovecraftian. Early Mormonism is filled with folk magic, and one of its strong appeals to me now is that it is indeed an extremely strange religion, much as the modern LDS leaders want to stress that we are a “normal” Christian religion, not freaky at all. 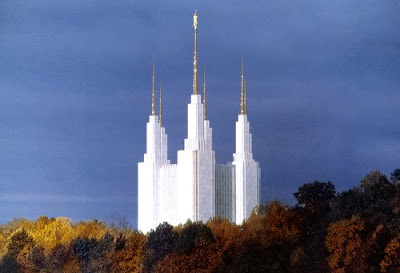 – The Church of Jesus Christ of Latter-day Saints is indeed freaky and cool and disturbing and infuriating and liberating. Returning to the church has been an extremely strange adventure, and I love it. But the main reason I returned is because I had an uncanny supernatural experience while praying, a religious epiphany that I cannot explain or ignore – and it was that titanic and emotional experience that made me return to Mormonism after twenty-five years of excommunication.

– We have, as Latter-day Saints, our very esoteric ways – our temples and our rites, our sacred Book of Mormon, the golden plates found by Joseph Smith, buried in a hillside on New York and revealed to him by an angel. I find all of this extremely easy to believe, and I believe it all absolutely. Perhaps it is this function of belief that helps me to write tales of Lovecraftian horror that are, in their own queer way, authentic and convincing. 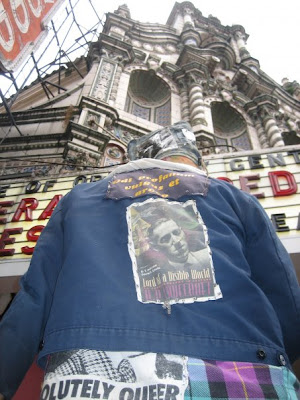 Mr. Pugmires publications are available in various outlets, such as Amazon. If you have the slightest interest in modern horror or Lovecraftian fiction, you owe it to yourself to investigate them.
Lagt inn av Lord Bassington-Bassington kl. Friday, January 08, 2010
Etiketter: atrocious alliteration, interviews, Lovecraftian lore, religious reflections, style counsel, terrific tomes